EXCLUSIVE: Aja Evans gears up to bring her #BlackGirlMagic to the 2018 Winter Olympics

You probably heard of Gabby Douglas, Simone Biles, and perhaps Simone Manuel. All three African-American women made history, winning gold medals during the past Olympic Games.

Now Aja Evans is hoping to be the next.

The 2014 Olympic bronze medalist is currently training for the 2018 Winter Olympics, and she has her sights set on winning gold in bobsledding, and perhaps helping make the sport more prominent in the African-American community, as Manuel did for swimming, and Gabby and Simone did for gymnastics.

Some people in the African-American community’s first introduction to the sport was through the movie, Cool Runnings, which starred actors Leon, Malik Yoba and John Candy. Through her participation in the upcoming Olympics, Evans wants to help broaden people’s knowledge of the sport. 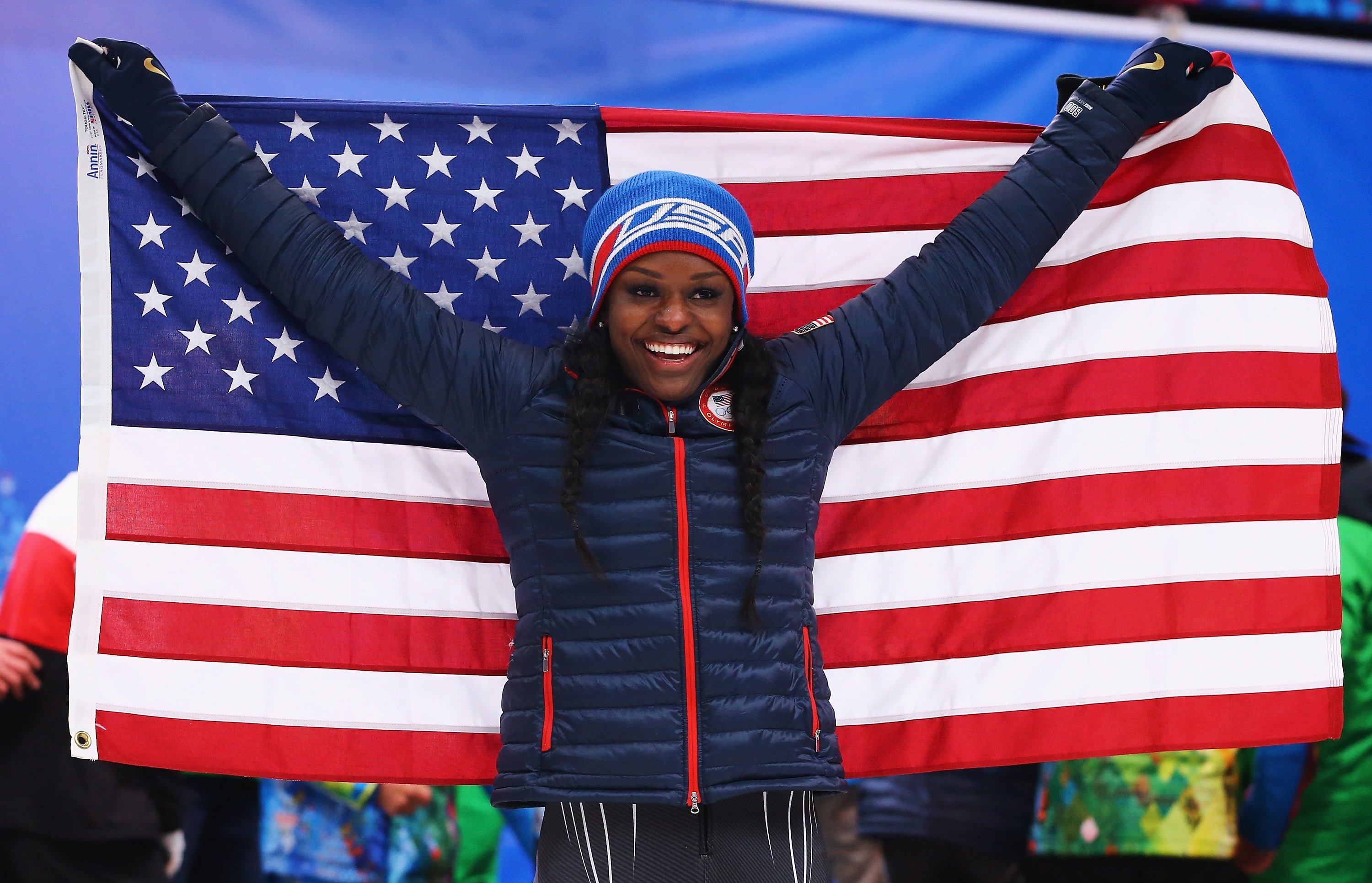 SOCHI, RUSSIA – FEBRUARY 19: Aja Evans of the United States team 2 celebrates after winning the bronze medal during the Women’s Bobsleigh on Day 12 of the Sochi 2014 Winter Olympics at Sliding Center Sanki on February 19, 2014 in Sochi, Russia. (Photo by Al Bello/Getty Images)

The Southside Chicago native is used to defying the odds. Despite coming up in a neighborhood that has been largely counted out, Evans was able to focus on her sporting dream.

Now, she says, she wants to help change the negative perceptions people have about Chicago, because there is more to the city than violence.

Evans says she draws her strength from her mother to perform at their best, which is why she and other athletes teamed up with Procter and Gamble for a campaign titled Love Over Bias, highlighting athletes through a mother’s eye. Its slogan is wonderfully put: “Imagine if the world could see what a mom sees.”

The campaign debuted in November, marking the 100-day countdown to the 2018 Winter Olympic Games. It serves as a much needed reminder of how love can fuel passion and turn passionate athletes into champions. Though #LoveOverBias showcases other athletes and their relationships with their moms, Evans believes it also depicts the type of relationship she has with her own mother.

The 29-year-old athlete credits her mom for keeping her focused and helping her achieve her athletic and life goals. “My mom is my biggest inspiration she is always there for me, even as an adult,” says Evans.

The 2018 Winter Olympic Games is right around the corner, and as you might suspect, Aja is training intensely. Earlier last year, she won a bronze medal in Koenigssee, Germany.

She comes from a family of athletes. Aja’s brother, Fred, played for seven years in the NFL as a defensive tackle for the Miami Dolphins and Minnesota Vikings; her cousin Gary Matthews Jr. is a retired major league baseball player, and her uncle Gary Matthes is the former hitting coach for the Chicago Cubs.

Besides creating an undeniable legacy for herself as an Olympic medal-winning bobsledder, Aja wants to encourage young girls to pursue their dreams as well. She wants them to know anything is possible as long as they fight for it.

“It is all about persistence, and never giving up,” Evans says.

Black Girl Magic will be sprinkled all over the 2018 Winter Olympic Games as two-time Olympic medalist Elana Meyers Taylor and Olympic hopeful Kehri Jones plan are set to compete as well.

To learn more about Evans and other 2018 Winter Olympic hopefuls click here.