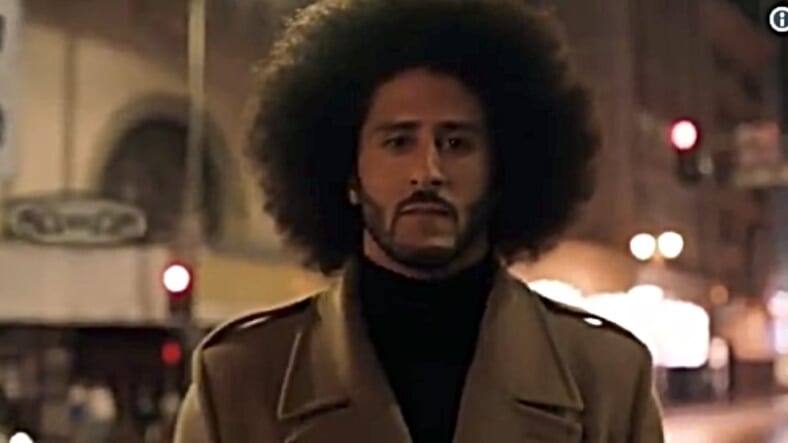 Nike’s decision to make Colin Kaepernick the centerpiece of its new campaign may be driving record sales among members of the public, but the Mississippi State Police is having no parts of it, based on a report from the Associated Press.

Mississippi’s public safety commissioner announced Saturday that the state police agency would no longer buy Nike products, according to the news outlet. The country has been buzzing about the Oregon-based sports apparel maker since it unveiled on Labor Day its 30th anniversary “Just Do It” campaign featuring Kaepernick.

The former San Francisco 49er launched a movement in 2016 by taking a knee during the national anthem to protest police misconduct. The former NFL quarterback is without a team, but has supporters across the country.

Marshall Fisher, Mississippi’s public safety commissioner, is not one of them.

“As commissioner of the Department of Public Safety, I will not support vendors who do not law enforcement and our military,” Fisher told the AP in a statement.

Mississippi's state police agency says it will no longer buy Nike products, with Public Safety Commissioner Marshall Fisher saying he won't spend money with "vendors who do not support law enforcement and our military'': https://t.co/juv6HH7yq3

Details were not provided on how much the state police agency might spend with Nike. The state police have purchased shoes, shirts and tactical training uniforms from the company, agency spokesman Warren Strain told the AP.

Mississippi Gov. Phil Bryant said in a statement to the AP that he supports Fisher and that the commissioner has a right to decide to cut ties with “a company that pays an individual who has slandered our fine men and women in law enforcement.”

Mississippi Democrats and the state chapter of the American Civil Liberties Union slammed Fisher’s decision, saying that officials are supposed to represent all people in the state, not some.

“These are the people that are representing all Mississippians,” the ACLU said in a statement Saturday. “Yet they refuse to understand what equality, justice, and accountability means. This petty decision is just another show of racism, discrimination, stupidity, inequity, and divisive politics.”

Nike stock closed last Thursday at an all-time high of $83.47, and sales soared more than 30 percent in the time period that the campaign was released.