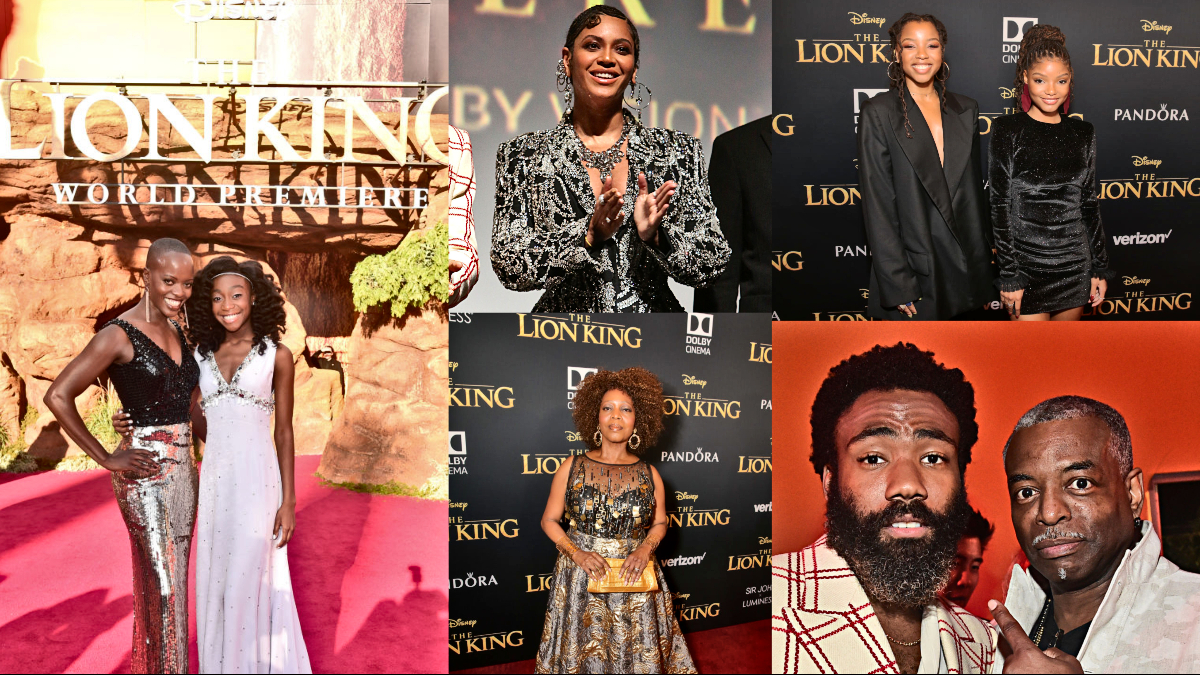 Some of Hollywood’s biggest names got into formation Tuesday evening on the red carpet at Disney’s The Lion King world premiere at the Dolby Theatre. Everyone in the star studded cast was in attendance including Beyoncé, Donald Glover and Alfre Woodard along with other notables like Kelly Rowland, Yara Shahidi and Tiffany Haddish.

Beyoncé even used the big night as an excuse to have a mommy/daughter date with Blue Ivy Carter as the two showed up decked in complimentary crystal encrusted outfits.

Check out our gallery below to feel the love tonight and witness some of the best looks from some of our all time world premiere stunting celebs.

Sisters Chloe Bailey (L) and Halle Bailey showed up dressed in Black just like their mentor, Beyonce. Halle has been a hot topic in the last week since it was announced that she, a Black woman, would play the lead role of Ariel in the live action remake of Disney’s Little Mermaid.