I warned y’all Camila Cabello was racist years ago, but got dragged for it

OPINION: This singer may be apologizing now for racist tweets she sent out when she was younger, but everyone was alerted about her behavior long before her mea culpa 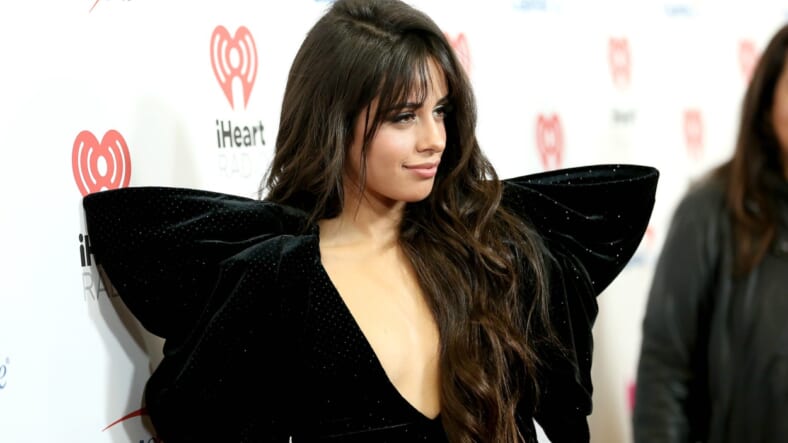 Thursday morning I woke up to the news that y’alls problematic Latina fave, Camila Cabello had issued an apology because folks suddenly started paying attention to what a hateful person she was before being catapulted into solo stardom.

My first reaction to this is was, “Forget Camila, you ‘Bamas on social media who dragged me when I pointed out she was a mess two years ago owe me an apology!”

Ok. Lemme chill and start from the beginning.

In January 2018, I wrote a piece exposing the now 22-year-old pop star for being a racist bully. It took me hours upon hours of scrubbing the deepest, darkest recesses of Twitter and Tumblr to dig up the bucket of receipts that I came out with in that article.

For example, even though at the time her single Havana (named after my father’s hometown) was at the top of charts, my Cuban sister *insert sarcasm* had already developed a nasty habit of calling people the N-word when upset. While she was a member of Fifth Harmony she also loved to single out her only Black band mate Normani, who she callously nicknamed “NorMonkey.”

At one point, she was even exposed for having a One Direction Twitter fan account where she referred to then president Barack Obama as a “n***a” as well. Some have argued that unlike the other cases where she flung around the N-word out of anger, when it came to him it was more so a term of endearment. But to be honest…

Ultimately, that page was allegedly deleted due to constant complaints about her language, but as we all know, on the internet nothing is ever truly deleted. So when I posted my piece, (and provided sources, many of which has since been taken down) I felt confident that I had provided enough examples to show that any pro-Black person with some sense, needed to think twice before clapping for Cabello or doing a shimmy to any of her music.

As expected, the piece quickly started to go viral. But almost as soon as it went up, theGrio was slammed with complaints from her fans demanding that I shut up and that my research be thrown out.

READ MORE: For the Big Black girls who are apathetic about Lizzo’s bare bottom

Let me be clear, I have been writing professionally since 2003, and this is the only time in my entire career that one of my op-eds has ever been unpublished. What made this worse is, it wasn’t because I did anything wrong, but more so because a white Latina sister’s feelings were being put ahead of my desire to tell the truth.

In case anyone is about to say something trite about how “people change” — I am and always have been an advocate of evolution who prefers accountability to “canceling” people. But the fact that to this day, Camila’s fanbase still refers to Normani as NorMonkey, speaks volumes about the disgusting message that this artist has not only spawned, but continues to only address when it serves her.

That’s not how accountability works, pham.

Even though Cabello’s bad behavior reportedly started rearing its ugly head on social media as far back as 2012, and folks like myself have been trying to point it out after she became a household name in 2017, for some reason, it wasn’t till now, just weeks before we start a new decade, that her past indiscretions suddenly went viral.

This week, after the Latin Grammy winner’s uploads and re-blogs including gifs, memes and comments that were blatantly derogatory and racist towards the Black community, finally got the attention they deserved, she responded to the backlash by issuing an apology.

“I’m sorry from the bottom of my heart,” Cabello’s caption read on Twitter and Instagram Stories, which was also accompanied by two lengthy messages in which she explained how “deeply” sorry she was over her past behavior.

“When I was younger, I used language that I’m deeply ashamed of and will regret forever,” she began. “I was uneducated and ignorant and once I became aware of the history and the weight and the true meaning behind this horrible and hurtful language, I was deeply embarrassed i ever used it.”

“I apologized then and I apologize now. I would never intentionally hurt anyone and I regret it from the bottom of my heart,” she continued. “As much as I wish I could, I can’t go back in time and change things I said in the past. But once you know better, you do better and that’s all I can do.”

READ MORE: “Queen & Slim”: 4 Things we could all learn about critiquing Black art

It's true, it was deleted in june 2013 because she was a racist mess on it, she tweeted the n word a lot and was called out for it. I started following camila/5H's career during X factor so I know that account. And the fact she was 14 during those days doesn't excuse her behavior

Latino is not a race!!

I think the main reason why people have been so resistant to calling this Camila out for being a bonafide social media troll with a penchant for racial insensitivity, is because she came on the scene heavily touting the fact that she was Cuban.

But folks need to stop acting like white Cubans aren’t still white. Who do you think is voting for Trump in droves over in Florida? The sad truth is, this young lady isn’t atypical. Far from it. However a general lack of education about what race is (and isn’t) has led to many being confused about what they can and can’t find offensive.

I strongly dislike having to say this for the umpteenth time but will repeat it one more time for the folks in the back: Latino is NOT a race, it’s an ethnicity. Just like Cuban is not a race, it’s a nationality.

I’m not very familiar with the Camila Cabello singer but the craziest part of her being called out for racist shit is her WHITE fans in the replies telling her they forgive her. What? pic.twitter.com/MqMctZhQUk

However, because people keep confusing race with other identifiers (such as ethnicity and nationality) as soon as they see someone with a Spanish accent, or a little bit of a swirl in their DNA, they take that as a cue to allow certain white people — and their white presenting/white adjacent counterparts — to be blatantly racist without any fear of reprimand.

This needs to stop.

I promise you that while Americans are giving white latinos a pass, Afro-Latinos and other more visually indigenous people in our community (who are seeing this mess firsthand) can tell you that among them are some of the most racist people you will ever meet, and they are even more emboldened by the fact that so many of you keep giving them an unwarranted pass to be problematic while they hide behind the “People of Color” banner.

And if you are a white Latino who arguably gets to “opt out” of Blackness or Brownness due to your visual proximity to whiteness, yet you feel some type of way about my assessment as someone not afforded that privilege, I can assure you that I don’t care.

You don’t get to tell me how to perceive, ingest, or make peace with my lived Afro-Latin experience just because you’re screaming “Viva La Raza!” instead of “All Lives Matter.”

The way my Google translate is set up, it all sounds the same.