Acclaimed author and activist bell hooks has passed away at age 69.

hooks, born Gloria Jean Watkins, died on Dec. 15 at her home in Berea, Kentucky, following an undisclosed illness, according to Berea College, where hooks worked as a professor, NBC News reports. 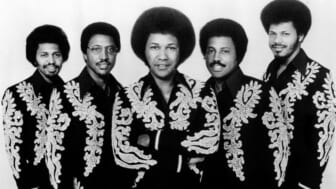 “In 2017, bell dedicated her papers to Berea College, ensuring that future generations of Bereans will know her work and the impact she had on the intersections of race, gender, place, class and sexuality.”

The author’s family also confirmed her death to USA TODAY.

“We sadly confirm that our sister Gloria Jean Watkins (bell hooks) passed away at her home in Berea KY in the early morning hour today. She chose cremation so a celebration of life service will be at a later time,” her family said in a statement Wednesday. The celebrated author, feminist, and activist was reportedly surrounded by her close friends and family when she died.

hooks was born on Sept. 25, 1952 in Hopkinsville, Ky., where she attended segregated schools before enrolling at Stanford University in California, The Lexington Herald Ledger reports. She earned a bachelor’s degree at Stanford, a master’s from the University of Wisconsin-Madison, and a doctorate in literature at the University of California at Santa Cruz.

hooks was best known for writing books and articles about the connection between race, gender, class, and spirituality. She published under the pseudonym bell hooks to honor her maternal great-grandmother, Bell Blair Hooks. Per the report, Hooks once said the decision to spell her name with lowercase letters points to the “substance of books, not who I am”.

Her first published work under her pen name was a collection of poems released in 1978 titled “And There We Wept”. She published her first book, “Ain’t I a Woman? Black Women and Feminism” in 1981. hooks would go on to pen 40 books, including essays, poetry, and children’s books. 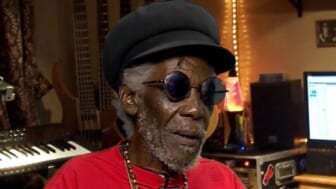 In 2010, Berea College opened the bell hooks Institute at Berea College, where her collection of contemporary African-American art is housed. The institution also has copies of hooks’ books published in other languages, as well as her personal artifacts.

Throughout her literary career, hooks won several awards and was inducted into the Kentucky Writers Hall of Fame.

The literary community reacted to her death on social media.

Tressie McMillan Cottom wrote: “Indebted, as we all are to bell hooks.”

“Oh my heart. bell hooks,” wrote writer Roxane Gay. “May she rest in power. Her loss is incalculable.”

Author Ibram X. Kendi tweeted: “The passing of bell hooks hurts, deeply. At the same time, as a human being I feel so grateful she gave humanity so many gifts. AIN’T I A WOMAN: BLACK WOMEN AND FEMINISM is one of her many classics. And ALL ABOUT LOVE changed me. Thank you, bell hooks”.

“She was an intellectual giant, spiritual genius & freest of persons! We shall never forget her!” tweeted political activist Cornel West.