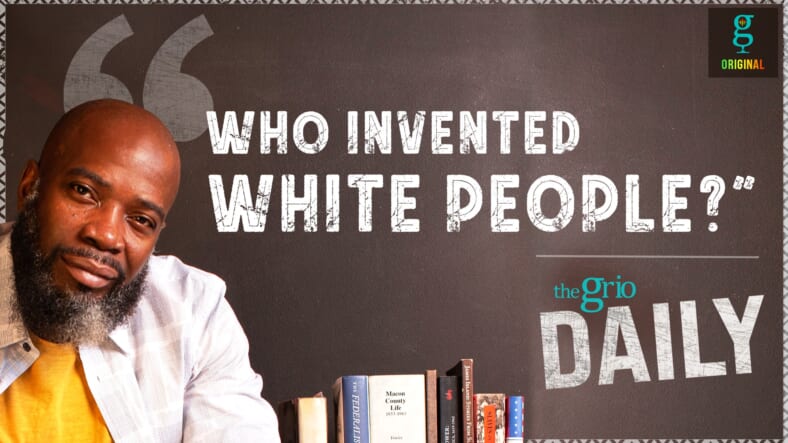 “Who invented white people?” You heard of the Willie Lynch letter? The pseudo letter that so many people believe was true about how to make a slave. Well, I bet you never heard of the “Making of a white man” letter. Michael Harriot got his hands on it, and he is going to read it to you.

[00:00:16] In the early 1990s, a letter purporting to be a speech by a slave breaker went viral. Supposedly a plan to teach white people how to control Black people for 300 years. It was titled Willy Lynch and the Making of a Slave. While we now know that the document was a hoax, there are many who still believe the Willie Lynch letter is historically accurate. For those people, theGrio daily presents the fake speech that took place in the back of the plantation at the same time. Well, he lynch and the making of a white man.