TV show with Japanese comedian in blackface is under fire 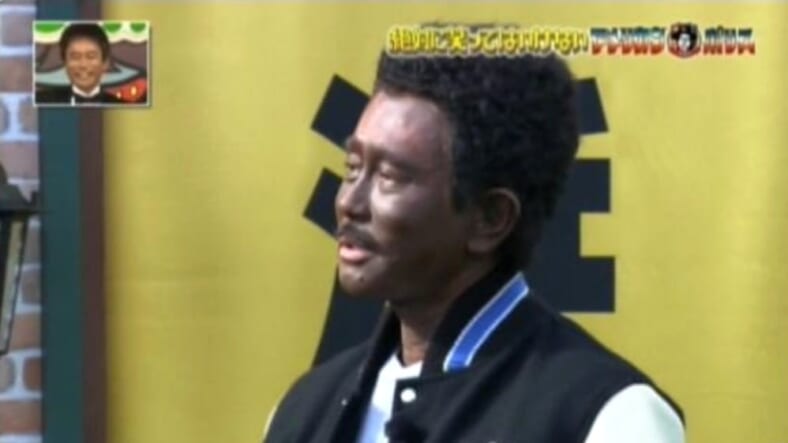 We often hear about the racist tradition of blackface around college parties and Halloween but on New Year’s Eve, a Japanese comedy team was called out by a Brooklyn-born writer living in Japan for using blackface in skits.

Baye McNeil took to Twitter to blast the comedians for their poor taste in comedy.

“Note to Japanese performing in #BlackFace: #Blackness is not a punchline nor a prop,” he wrote. “Need jokes? Get better writers. Need a black character, get a black actor that speaks Japanese. There are several! But please #StopBlackfaceJapan #日本でブラックフエイス止めて not a good look!”

During a special that aired on New Year’s Eve, the Downtown comedy troupe used blackface on television as Masatoshi Hamada impersonated the character of Axel Foley, who Eddie Murphy played in the 1984 film Beverly Hills Cop.

McNeil blames more than just Hamada for the tasteless skit, he blames the entire writing team for helping him execute such a racist trope.

While some tried to make light of the skit and the thought that went into it, McNeil was having none of it. Some said that there is not the same history of racial conflict in Japan that there is in the US but that simply is not true.

Ever since the 1800s, blackface has been a part of Japanese culture and it still persists in many facets of Japanese entertainment even today, including both music and television.

McNeil went on to say, “I see a disregard for the feelings and for the impact his actions have on the lives of actual black people. I understand he has a job to do, but if he can’t do his job without offensive racial mimicry and blackface, then that’s just sad. He needs new writers.”

Note to japanese performing in #BlackFace: #Blackness is not a punchline nor a prop. Need jokes? Get better writers. Need a black character, get a black actor that speaks Japanese. There are several! But please #StopBlackfaceJapan #日本でブラックフエイス止めて not a good look! pic.twitter.com/lN0E3bWsgY