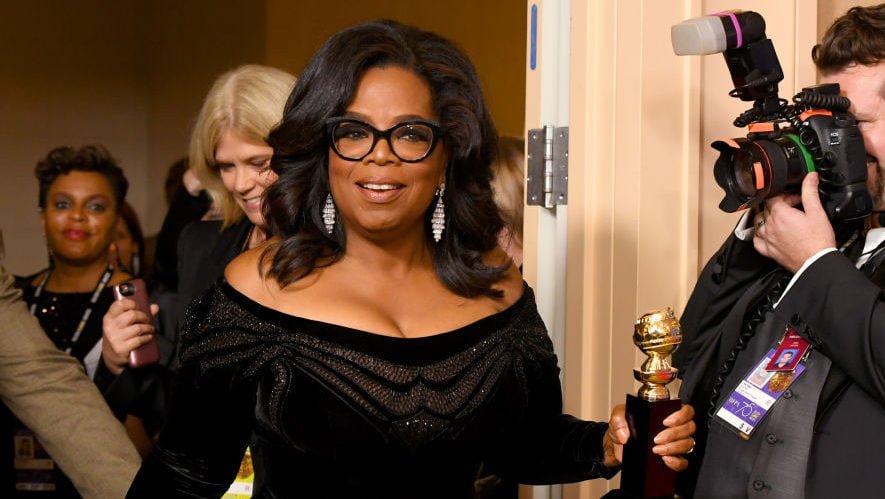 Since delivering her moving acceptance speech at the 75th annual Golden Globes, the case for Oprah Winfrey to run for president in 2020 is louder than ever before.

Though America isn’t worthy of a President Oprah Winfrey, we’re totally here for it. Even if it’s doubtful America even made it on Oprah’s Favorite Things list after electing the hot mess that currently resides in the White House.

Nonetheless, the Queen of all media has already demonstrated her qualifications to be Commander in Chief. And when you consider what we currently have for a leader, a Madame President Winfrey actually doesn’t sound too bad.

Here are 7 of Oprah Winfrey’s most presidential moments:

She gave everyone on her show a free car

“You get a car! You get a car! Everybody gets a car!” Oprah wasn’t bluffing in 2004 when she gave everyone in her studio audience a new Pontiac G6. Like the fair-minded leader she is, she made sure everyone got their own set of keys — a true measure of equality. Oprah always made sure none of her guests went home empty handed throughout her entire career, giving them goodies like books, food, and anything that would ensure they lived their best life. If she can give away transportation to an entire studio audience, imagine what Oprah could do with our current social security benefits system.