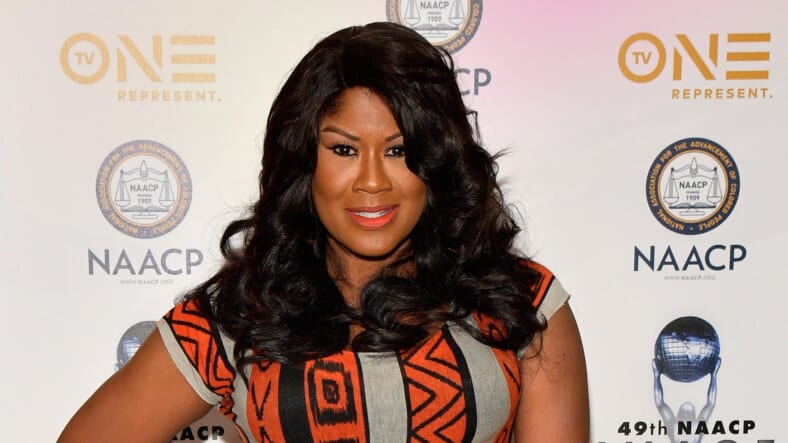 Diann Valentine is a relationship expert who has been helping women find love for years. Now, she has invited Bravo TV along for the ride while she takes five black women to Rome to land an Italian stallion on the new reality series To Rome For Love.

“I’m super excited about the show. I have been bringing women to Italy for the past five years, so for me, my career is about evolution and where do I go from here? After so many years, it made sense to start matchmaking and giving women advice on dating. After spending so much time in Italy, I began to recognize how Italian men respond to African American women. They find us very attractive. I think the stereotypes that exist in the US don’t exist there,” she told TheGrio during an exclusive interview.

“There’s just not a lot of black women in Italy so I feel like all of the odds are in our favor when you think about taking these women to Italy to date. It grew from there. The reason why the cameras are in tow, I felt like what I had was the ultimate secret and people need to know about it.”

Some viewers of To Rome For Love took issue with the notion that Italian men are genuinely more attracted to black women than American men are, and feel like this might be more of a fetish than genuine appreciation and understanding that fuels their desires.

So #ToRomeForLove wants us to believe Italian men are salivating over black women. Oh, ok. Most of them think black women are prostitutes. I don't like the premise of this show. pic.twitter.com/WnjBHBS2f3

“I think that goes back to the stereotype that Italian men have this fetish for black women or I’ve heard rumors they seek them out as prostitutes. That has never been my experience in Italy. Never, never, never. Italian men like women. They don’t necessarily say they want black women– they just like women. It’s not asking them, ‘do you date black women’? It’s more, here’s this woman, do you find her attractive. I don’t even allow that to come into the conversation. It’s not about a black or a white experience,” she said.

“I’m absolutely there for the women. I don’t take on Italian men as clients but we do go through an extensive vetting process for all the men where we meet their friends, families, kids and check their backgrounds. We also want to know what kind of women they’re attracted to. Some only like tall black women or dark-skinned black women. Everybody has their preferences. They both fit each other’s qualifications.”

READ MORE: EXCLUSIVE: Gina Neely opens up about looking for love in Rome

Plenty of folks have a problem with the premise of the series and insist To Rome For Love is perpetuating negative stereotypes about black women and makes them seem desperate.

My face every time this lady says she’s taking these black women to Italy where they’ll be appreciated… #RHOA #ToRomeForLove pic.twitter.com/SWMUUYoPAP

“Because I work with so many black women, I hear so many sad stories from women who say they can’t find a guy, or they dated this guy who was horrible and they took care of him and paid his rent and he still didn’t love me,” she said. “Black women needed to know that there is a place and a culture that finds us incredibly attractive,” she explained.

“In a lot of ways, black women are just hurting. We are hurting because we all want to be loved. I think sometimes black women experience some unwarranted criticism. There are stereotypes that say we are too bossy or too aggressive or too loud or too whatever. We are constantly living our lives on guard, trying not to be those things so we will be desired and loved.”

While the show attempts to break down stereotypes about black women, Valentine suggested that some of them may be rooted in truth.

“If you look at the history of black women in this country, we have been forced to be strong. The notion of slavery, when the families were ripped apart and the men were killed during slavery, who kept it all together? Women had to build a life, a family, protect your kids, for years black women have had that weight on their shoulders. It does mean we are a bit more aggressive,” she said.

“We do fight a bit harder for opportunity and we work harder to prove ourselves in a world where our non-black counterparts don’t have those same struggles. It becomes a tough thing for black women to balance femininity when you’re trying to build a career and motherhood and in many cases you have to be a father too. When you couple all of that with who black women are, it allows people to be a but more compassionate about the characteristics that we have.”

She also shared her thoughts on how American men are responsible for perpetuating some of the negative stereotypes about black women.

“When I think about the negative stereotypes that black women are labeled with I blame black men to a large degree. Famous, successful and wealthy black men are choosing to love and marry women of other ethnicities. While I believe that everyone deserves love and should be free to love any woman that they want there is also an increasing number of black men that are expressing their unattractiveness to black women. Why is this? I have never heard a Jewish man talk about how he is not attracted to Jewish women nor have I ever heard a Hispanic man talk about how they are not attracted to Hispanic women,” she said.

“Why are black men allowed to make these comments and furthermore why do we as a community continue to support these men despite their disloyalty and disrespect to their own community?  Self-hatred has nearly destroyed our community and continues to be a significant factor in the destruction of the black family.

In To Rome For Love, I tackle some of these issues with the women hat traveled with me to Rome to experience dating in a country and amongst men that find their natural characteristics incredibly attractive.  My quest is to simply be an advocate for these women.”

When it came to casting for To Rome For Love, Valentine says she had specific kinds of women in mind.

“Primarily, we were looking for diversity. These women range in age from their twenties to their fifties. We were looking for a way to show this experience can be relevant to all women. We were also looking for women who were unlucky in love. They’re divorced or have had a series of unsuccessful relationships and some of them had their own personal issues and emotional baggage they needed to get rid of. Even if they don’t find love in Italy, at least they’ll be ready to receive love from wherever after their experience with me,” she explained.

While she was on deck to lend her expertise and guide the women through their individual journeys, Valentine was careful not to push the ladies too hard.

“We do have a structure that we follow but women are more alike than we are different. There are some traits that I know for certain are going to happen no matter what. We had a plan going in and then we made adjustments where we needed to. I have to allow them to breathe and experience this on their own. I just lead them down a path,” she said.

“The best way to show anybody that they may have some emotional issues they need to deal with is to simply become a mirror for them. Once you see yourself, that’s where the real power comes in. As women, we all have blind spots. There are areas we can’t see, we can’t see our patterns and our behavior so we continue these things without realizing we are sabotaging our potential love affair.”

According to Valentine, Italian men and black women have a lot in common.

“Of course, we talk about the cultural differences and some of the challenges and similarities between Italian culture and black culture. There are more similarities than differences,” she said. “They are both very close to their families. They are very loyal, so are black women. They are also very affectionate. They hug a lot and kiss a lot and tell you they love you very quickly and I think black women also have those characteristics.”

To Rome For Love airs Sundays on Bravo.