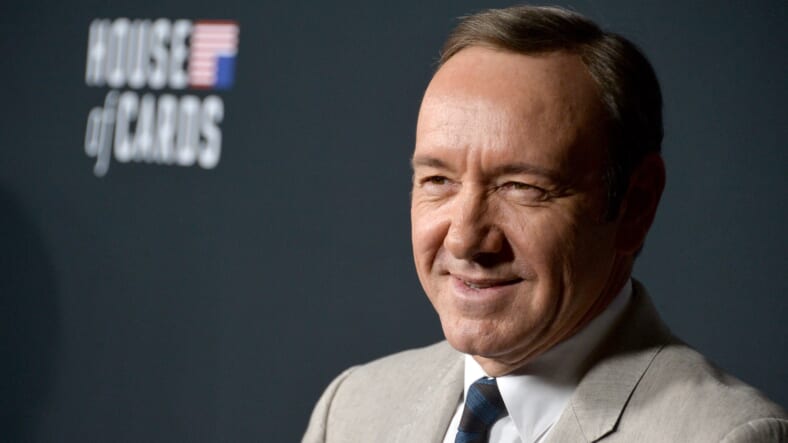 To add to the myriad of sexual assault allegations leveled against him, Kevin Spacey is now accused of being a racist on the set of Netflix’s House of Cards.

According to the head of the security firm that worked the set during the filming of season one, Spacey used the N-word toward its employees.

Earl Blue of VIP Protective Services says the embattled actor used the racial slur after making it clear he did not want Black security guards watching the show’s trailer.

“I don’t want n***ers watching my trailer,” Spacey allegedly said, according to the Daily Mail.

Blue says that he reported the comments to set managers who responded, “that’s just the way he is.”

What’s more, Blue claims that despite praise from producers, his company’s $1.1 million contract was not renewed. He was unable to provide evidence that the contract lapsed because of Kevin Spacey, but he plans to sue the actor for loss of income.

Blue is not the only person to accuse Kevin Spacey of racism on the set. One of his employees has claimed that the disgraced actor would not shake the hand of any Black security guards.

Spacey, who played the main character of President Frank Underwood on the show, was fired in November after actor Anthony Rapp accused him of sexually assaulting him in 1986. At the time of the unwanted sexual advances, Rapp was just 14.

House of Cards will resume production of its sixth and final season soon and the lead will be taken over by Robin Wright who played Underwood’s wife in the series.

Rapp was not the only one to accuse Spacey of sexual misconduct. Eight House of Cards employees have come forward to accuse the actor of sexual harassment and assault.

The employees of the drama told CNN that Spacey’s behavior created a “toxic” work environment, especially for young men. One former production assistant described the behavior as “predatory” and recalled one day when he had been assigned to drive out to pick up Spacey.

When they were almost to the set, while the car was still moving, Spacey allegedly put his hand down the assistant’s pants.

“I was in a state of shock,” the assistant said. “He was a man in a very powerful position on the show and I was someone very low on the totem pole and on the food chain there.”

The production assistant asked that the rest of what happened in the car remain undisclosed in order to protect his identity, though he did say that Spacey later cornered him in his trailer and made inappropriate contact with him.

“I have no doubt that this type of predatory behavior was routine for him and that my experience was one of many and that Kevin had few if any qualms about exploiting his status and position,” he said. “It was a toxic environment for young men who had to interact with him at all in the crew, cast, background actors.”