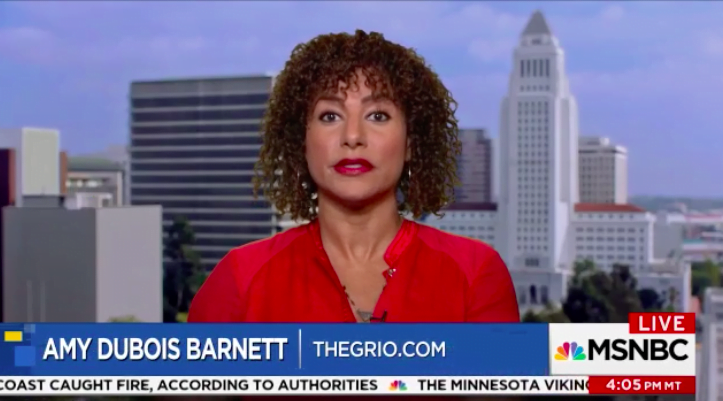 On MLK Day, theGrio.com’s Chief Content Officer Amy DuBois Barnett was a featured panelist on MSNBC’s The Beat with Ari Melber for a discussion about the fallout over Trump’s “shithole countries” comment.

The statement was made during a meeting last week with several senators seeking a resolution to immigration reform. Senators Tom Cotton (R-AR) and David Perdue (R-GA) are surprisingly the only senators who attended the meeting who “don’t recall” Trump using that exact language.

And yet, several other Democrats and Republicans who were also at the meeting have confirmed to the media that Trump absolutely uttered those crass words in reference to immigrants seeking permanent residency to the United States from Haiti, El Salvador, and African countries. When a reporter asked Trump if he is a racist, Trump declared that not only is he NOT a racist, but he is in fact the least racist person that reporter ever interviewed.

The MSNBC panelists were convened to discuss the aftermath of the debacle and how it fits into Trump’s presidential legacy and policy decisions.

Watch the video below to get more of her commentary and the entire panel’s thoughts on the 45th president’s trumpet instead of dog whistle approach to topics of race and immigration reform.