The viral cheating ex causes yet another online frenzy 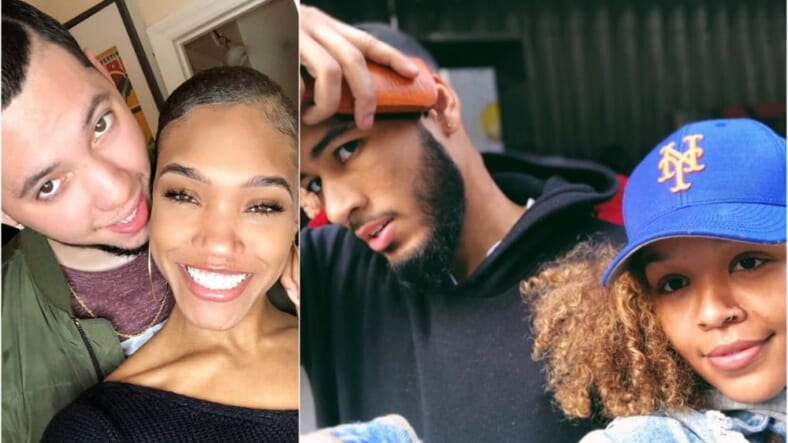 The exes made infamous from the #HurtBae viral video have apparently both moved on, and it’s turned into an awkward contest over who’s new bae is better.

Leonard Long III announced that he has a new woman in his life, nearly a year after his on-camera cheating confession brought his ex, Kourtney Jorge, to tears.

“We good over here,” Long captioned with a photograph of him and the new mystery woman.

While some pointed out that Long’s #NewBae looked a lot like his former #HurtBae flame, others simply used it as an opportunity to slam him.

“Is she from the U.S ? Bc we all know you ain’t shit , she can’t be that naive to date somone like you,” one user wrote.

–Twitter goes in on cheating ex-boyfriend in #HurtBae viral video–

Long’s post came just hours after #HurtBae herself shared a selfie of herself and her new boyfriend. Naturally, Instagram users accused Long of being jealous and thirsty for attention.

What’s more, The Shade Room caught Long creeping on Jorge’s Instagram page. “When you can’t get Polo so you go grab some USPA,” Long commented, seemingly throwing a jab at Jorge’s new bae.

–Cheating ex from viral #HurtBae: ‘I made that b*tch famous’–

“I feel sorry for that girl. Don’t love her if you not gone love her right. You shouldn’t be in competition with your ex. Obviously you’re still pressed,” wrote one user.

Another commenter added, “No girl in her right mind will ever be salty by the new girl in a cheaters life… ain’t tht what y’all do ??‍♀️ and to me u seem a lil salty because yo ex moved on and made shade with no effort. But salty ass had to slide in the comments and using this girl as a pawn is sad.”

Watch the viral video that started it all below.