JAY-Z to be honored at 2018 GLAAD Media Awards

On Friday, GLAAD announced its 2018 Media Awards, including a special recognition for JAY-Z. 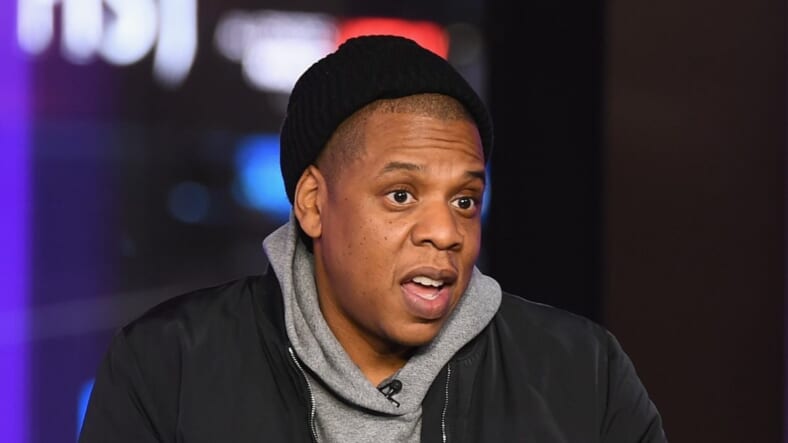 On Friday, GLAAD announced its 2018 Media Awards, including a special recognition for JAY-Z.

GLAAD will be honoring JAY-Z for the song and music video for “Smile.” In that song, Gloria Carter, JAY-Z’s mom, was able to come out as a lesbian.

“What people see in the media has a powerful impact on how they treat others.”

The LGBTQ-inclusive content awards saw Netflix topping the list for show nominations, with seven shows making the list, including “Sense 8” and “One Day at a Time.” ABC, CBS, and NBC each had six nominations, Amazon had three, and Hulu had one for “The Handmaid’s Tale.”

For outstanding films, GLAAD named “Lady Bird,” “Battle of the Sexes,” “The Shape of Water,” “Call Me By Your Name” and “Professor Marston and the Wonder Women” for its nominees.

And in a history-making move, family content has been included for the first time, with nominations including Disney Channel’s “Andi Mack” and “Doc McStuffins.”

These awards will honor the work being done in the media world to elevate members of the LGBTQ community by telling their stories and bringing them out of the shadows.

“What people see in the media has a powerful impact on how they treat others and the GLAAD Media Awards raise the bar for media to tell LGBTQ stories that accelerate acceptance,” GLAAD President & CEO Sarah Kate Ellis said in a statement, according to CNN. “At a time when anti-LGBTQ policies and harassment are on the rise, it is imperative that Hollywood and news media tell more LGBTQ stories that reflect the community’s rich diversity.”

It’s important now more than ever to make sure that diverse stories are told and that voices that have been silent for too long get the chance to make themselves heard. In that spirit, theGrio celebrates the nominees for these awards. We hope to see more networks giving voice to the previously voiceless.

The GLAAD Media Awards will be held April 12 in Los Angeles.