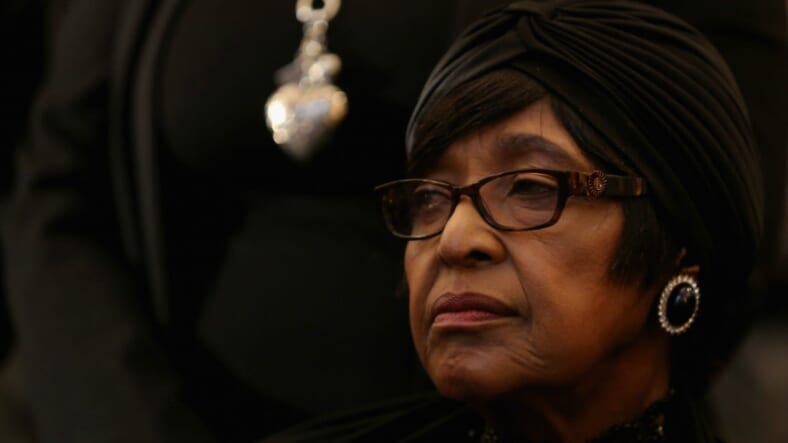 Over the weekend, Winnie Madikizela-Mandela, the ex-wife of Nelson Mandela, was reportedly rushed to the hospital for a kidney infection.

The family told the South African eNCA news agency that Madikizela-Mandela, 81, was expected to make a full recovery, though she would remain in the Johannesburg hospital for another week while she recovered.

“Prior to going to the clinic, she was uncomfortable and complaining of loss of appetite and that one of her legs was painful,” the relatives said in a statement. “Upon admission, it was discovered that she had an infection that had affected her kidneys.”

“She is constantly surrounded by family and is in high spirits,” they added.

Our thoughts are with the family, and we wish Winnie Madikizela-Mandela a speedy recovery.

A legacy of service and activism

Madikizela-Mandela is known to her supporters as “Mother of the Nation.” During the anti-apartheid movement, she would act as her late husband’s mouthpiece, continuing the fight while he was imprisoned for 27 years.

Although she and Mandela divorced in 1996 after being married for 38 years, the two of them remained close. Mandela died in 2013, and he was mourned as a hero and icon of hope for the country.

At the time, Madikizela-Mandela said that “it’s very hard for the family to even share him even in his death after sharing with the whole world and our whole country while he was alive.”

“He’s still not really just ours, the family. He still belongs to the whole world and we have to share,” she said.

Madikizela-Mandela has continued to take up his legacy of serving the community. She has marked Mandela’s birthday, which became International Nelson Mandela Day in 2009, with acts of service like giving food to elderly, needy women.

She has said that it is important to honor that legacy and to focus on “bettering the lives of our people.”