EXCLUSIVE: #MuteRKelly campaign organizers take aim at the ‘Pied Piper of R & B’

Eight R. Kelly shows have been cancelled because of #MuteRKelly 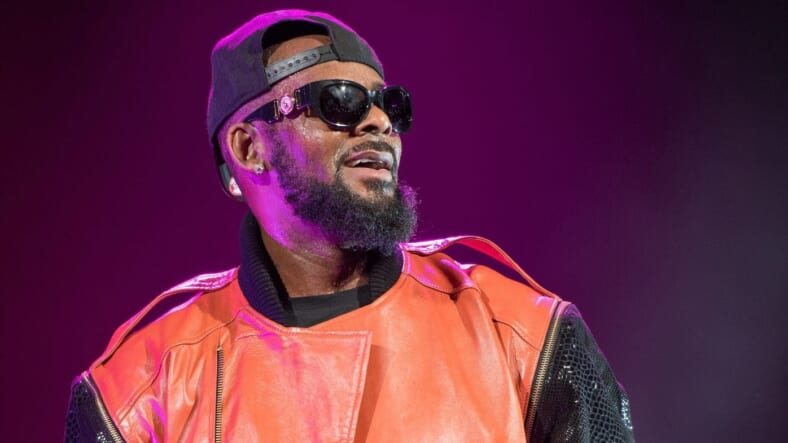 Numerous predatory Hollywood men have been taken down by Tarana Burke‘s re-ignited #MeToo movement in the past few months, but #MuteRKelly is a campaign designed specifically to eradicate R. Kelly from the music industry forever.

The billboard-topping, platinum-selling singer has been embroiled in sexual abuse scandals with multiple under-aged girls for the past two decades. From marrying a 15-year-old Aaliyah when he was 25, to being acquitted of multiple charges involving a teenager he allegedly urinated on while performing sex acts, to be being accused of holding young women hostage in his homes. One would think R. Kelly would be front and center in the #MeToo movement.

Yet, Kellz has managed to tour all over the country, collaborate with other artists, and put out new music even while being the subject of numerous troubling investigative reports.

The Beginning of #MuteRKelly

Oronike Odeleye, the Atlanta-based managing director of the Creative Currents Artist Collaborative, seeks to change that. In July of 2017, she started a petition to get R. Kelly’s music off of Atlanta airwaves.

“I have been hearing about R. Kelly’s sexual abuse of young black women since I was in my teens.  Every few years more women come out with their stories. More images and videos surface.  More black girls are scarred for life just as they are coming into their womanhood and sexuality,” said Odeleye in an exclusive interview with theGrio.

“There is a pariah in our community that we all know about, yet we all have continued to stand by and do nothing.  We continue to dance to his music in the club, play it at our family reunions, celebrate to it at our weddings.”

“Someone had to stand up for Black women, and if I wasn’t willing to do my part—no matter how small—then I couldn’t continue to complain.  It’s time for us to end this man’s career. Enough is beyond enough,” the 38-year-old said.

Odeleye’s petition caught the eye of Kenyette Barnes, a seasoned social justice activist who herself is a survivor of child pornography. The two met for coffee and have been sisters in this fight ever since. Odeleye credits Barnes with bringing structure to the campaign and creating the #MuteRKelly hashtag.

“We were outraged when we discovered that R. Kelly was scheduled to perform at a Fulton County owned facility in Atlanta,” recounted Odeleye. “As a local government owned venue, we were upset that Fulton County would let a well-documented sex offender profit from our tax dollars and expanded the petition to include demands that the concert be cancelled.  Kenyette coined the hashtag #MuteRKelly, and a nationwide movement was born.”

Even with the support of other protestors and the Fulton County Commissioner Chairman, R. Kelly’s Fulton concert still went on as planned. However, the #MuteRKelly campaign takes credit for cancelling R. Kelly shows in eight cities to date.

“There have been five direct actions in other cities, and eight concerts canceled since the beginning of this campaign—Baton Rogue, New Orleans, Dallas, Memphis, Las Vegas, Los Angeles, Oklahoma City and Hampton Roads,” notes Barnes, a political consultant and registered lobbyist.

“We are demanding that our elected officials and leaders take a stance against the use of tax-payer funded venues and the revenue generated by his concerts. Municipalities should not be OK with making money and using taxpayer venues to host what is essentially a sexual predator,” Barnes continued.

Next, the #MuteRKelly campaign takes aim at two venues in New York City. There will be protests at FREQ nightclub on January 27th where R. Kelly is scheduled to perform. Tickets for that show, billed as the “Official R. Kelly Pre-Awards Day Party,” have appeared in a Groupon deal for as low as $19.99. A Facebook page shares updates of the protest plans.

The second upcoming New York protest will happen outside of the Highline Ballroom where tickets range from $40 to $5,750 for a VIP table. The local organizer for the New York actions is the Black Woman’s Blueprint. The national campaign partners with local organizations for social, political and economic based protests around the country.

In addition to these protests, Barnes and Odeleye are also taking their fight to streaming platforms like Pandora and Tidal, which in today’s market, can be more effective than traditional radio broadcasts. They recently launched “ThumbItDown” in an effort to get R. Kelly’s music removed from these sites.

Odeleye paraphrases one of R. Kelly’s famous lyrics to sum up the mission behind #MuteRKelly.