Olivia Pope is about to meet Annalise Keating in a special Scandal and How to Get Away with Murder crossover episode, and we can’t wait.

The actual episode itself isn’t until March 1, but ABC released a sneak peek, which Entertainment Weekly shared this week.

Shonda Rhimes also posted a sneak peek of the script for the crossover episode, showing the moment Annalise arrives, though we don’t get to see the full context.

“People. It’s happening,” she wrote, along with the hashtag #HowToGetAwayWithScandal.

We don’t have much to go on concerning the actual content of the episode. All we know is that the sneak peek shows Olivia and Annalise walking into a board room. But we do know that right after Viola Davis appears on Scandal, Kerry Washington will be on How to Get Away with Murder. 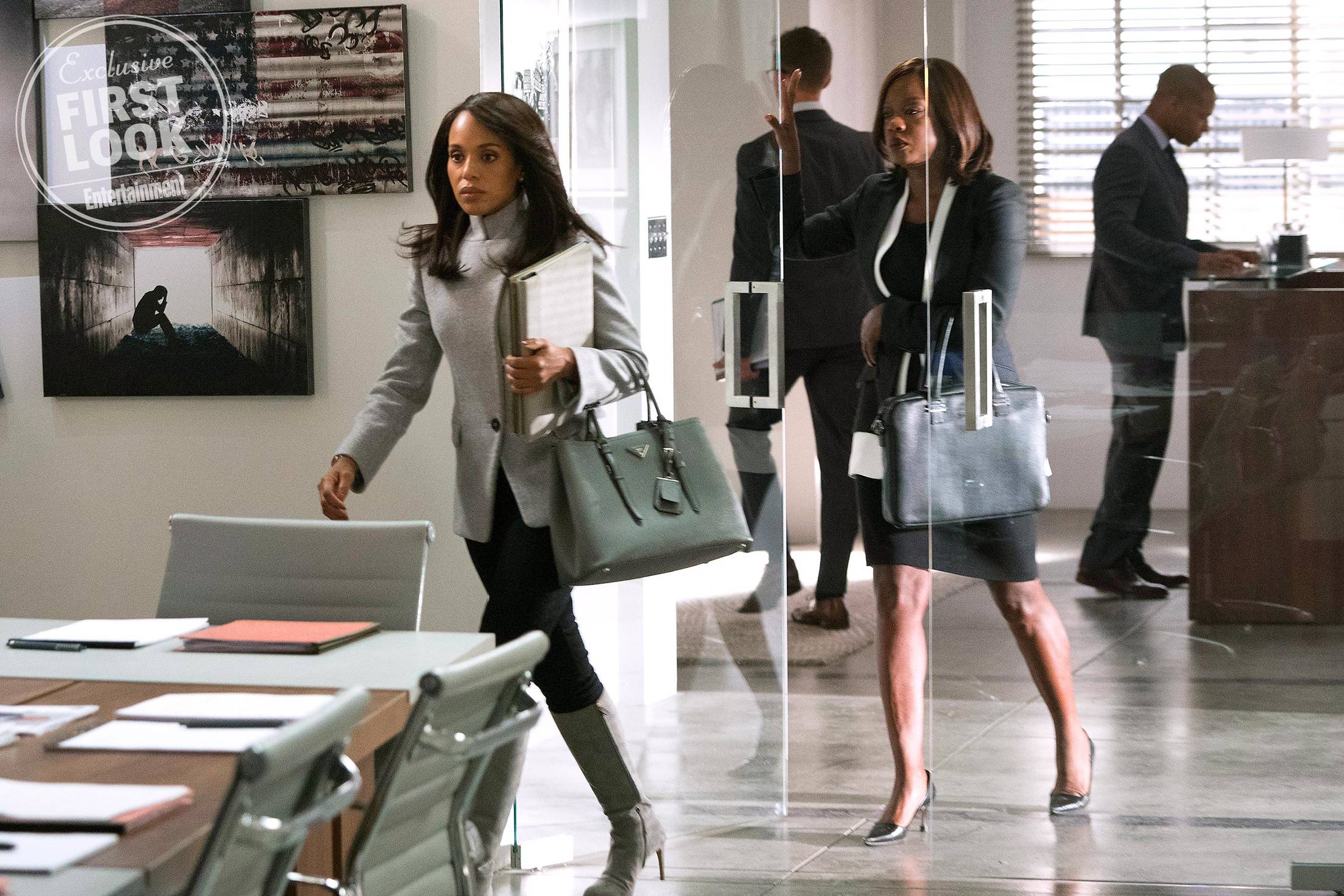 Beyond that, Kerry Washington and Viola Davis have kept details to themselves. But while they won’t talk about the episode, they’ve been more than willing to gush about each other.

“It was black girl magic on steroids,” Davis told Entertainment Weekly. “Me and Kerry dancing to ‘Rock the Boat?’ Hey, it can’t get any better.”

“I really love Viola. I have such immense respect and admiration for her,” Washington said.

The two of them have also posted pictures of themselves on the sets of each other’s shows, only teasing us more.

“Hey Ms @violadavis check it out. This spot look familiar?! Where are you?” Washington wrote alongside a picture of herself at the courthouse set for HTGAWM.

“Hey @KerryWashington, guess where I am?!” Davis replied, along with a picture of herself in the Oval Office from Scandal.

Obviously, Washington and Davis are excited to work together, and we’re excited to see them rock the small screen. We can hardly wait for March 1 to get here.