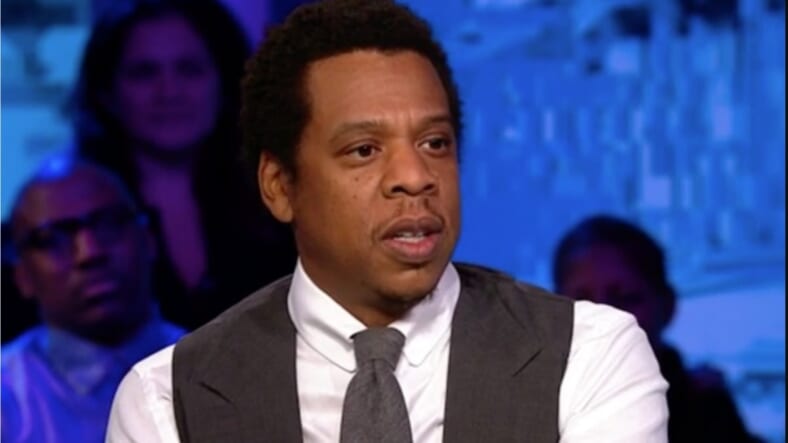 On the premiere episode of CNN’s The Van Jones Show the popular host sat down to interview the even more popular Jay-Z.

During the interview, it is easy to tell that Jay-Z is clearly not happy with the president’s reported remarks concerning “sh**hole countries.” He said that he found those comments “hurtful” and they show a person who is “looking down on a whole population.”

Jay-Z went on to say that instead of the country addressing the problem head-on and in an honest way, the response has been to “spray perfume on a trash can.”

According to him, by not dealing with the problem, it has been growing and getting worse and now we have the equivalent of a “superbug” to handle.

He didn’t just talk about Trump during his visit to The Van Jones Show either, he also touched on Meek Mill’s harsh prison sentence, Colin Kaepernick’s protest, and the #MeToo movement.

Jay-Z spoke about his marriage to Beyonce as well, saying, “For us, we chose to fight for our love, for our family, to give our kids a different outcome, to break that cycle,” he said. He added, “for black men and women to see a different outcome.”

The new Van Jones Show is going to be a bi-monthly primetime show.

Somebody please inform Jay-Z that because of my policies, Black Unemployment has just been reported to be at the LOWEST RATE EVER RECORDED!

According to CNN, “The Van Jones Show” will focus on “the forces that elected Donald Trump, the anti-Trump ‘resistance’ movement and the future of both major parties.”

What’s more, CNN has also greenlit a new series in connection with Jones’ production company Citizen Jones, which will have its focus on “reconciliation, hope and redemption” within the criminal justice system.

The network noted that Jones, who has previously hosted a series of town halls for “The Messy Truth,” will continue to address the “culture war” and the political climate in the United States.

— Rosario Dawson: ‘I was raped and molested as a child’ —