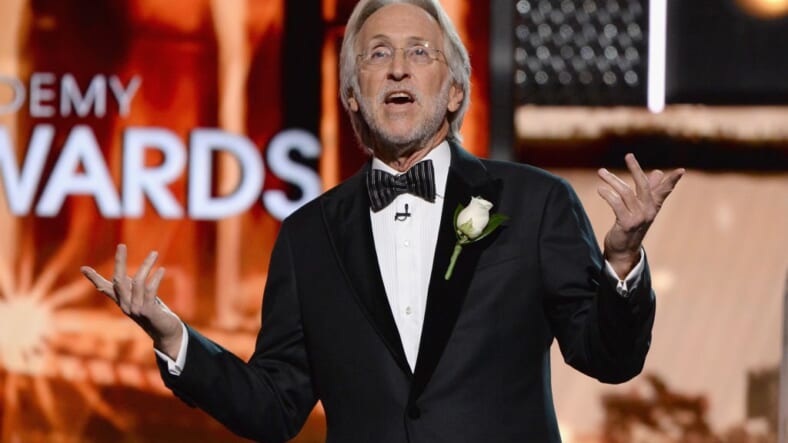 This year at the Grammys, only one woman was presented a solo award during the telecast, prompting many people to take up the hashtag #GrammysSoMale.

Alessia Cara won best new artist, but winners Lisa Loeb, Reba McEntire, Aimee Mann, and Carrie Fisher all got their awards during the pre-telecast ceremony. Rihanna also had a win, though it was shared with Kendrick Lamar for “Loyalty,” which won best rap/sung performance.

What’s more, many people took issue with the fact that Lorde wasn’t asked to perform solo, despite being nominated for Album of the Year. Kendrick Lamar and Bruno Mars, on the other hand, had huge performance opportunities.

Women need to ‘step up’

But when faced with this criticism, Recording Academy President Neil Portnow had the worst possible response: he tried to blame women for not doing enough.

“It has to begin with… women who have the creativity in their hearts and souls, who want to be musicians, who want to be engineers, producers, and want to be part of the industry on the executive level,” Portnow told Variety.

He added, “[They need] to step up because I think they would be welcome. I don’t have personal experience of those kinds of brick walls that you face but I think it’s upon us — us as an industry — to make the welcome mat very obvious, breeding opportunities for all people who want to be creative and paying it forward and creating that next generation of artists.”

Because when you’re accused of sexism, what you really want to do is act like there aren’t any talented women. Especially after a night when Kesha’s “Praying,” which she performed with several other women, had people emotional and praising it as her #MeToo moment, and when so many celebrities spoke out about the #TimesUp initiative.

Grammys producer Ken Ehrlich just punted the question when asked: “It’s not for me to talk about. I produce the TV show.”

As for the Lorde snub, Ehrlich said, “I don’t know if it was a mistake. These shows are a matter of choices. We have a box and it gets full. She had a great album. There’s no way we can really deal with everybody.”