David Ukesone, 71, got the flight from hell after mistakenly sitting in the wrong seat. 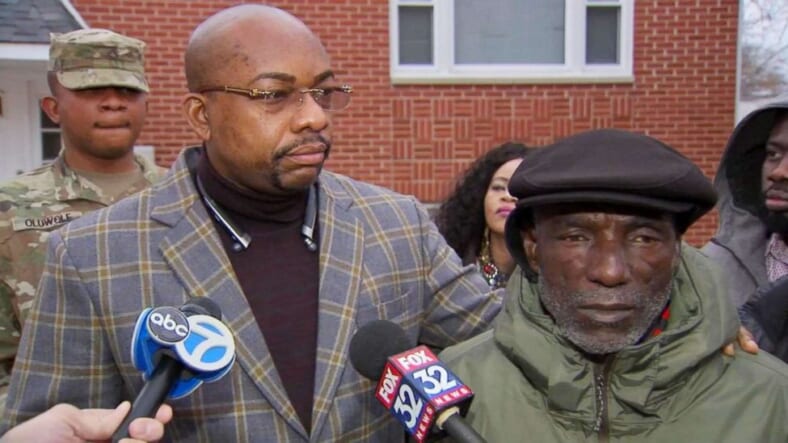 David Ukesone, a 71-year-old man from Nigeria, claims that the crew of a flight bound for Chicago hit him, tied him up, and taped his mouth shut, all because he accidentally sat in the wrong seat.

Attorney Howard Schaffner told ABC News that Ukesone flew from Nigeria to Dubai “with no incident at all.” But when he got on Emirates flight EK 235, that all changed.

Ukesone had to use the bathroom partway through the flight, but when he came back, he accidentally missed his assigned seat, 35D, and sat in a different spot that was “very close” to where he meant to be.

Ukesone, who speaks and understands English, “has some difficulty understanding” it when it’s spoken by someone who is not Nigerian, according to Schaffner. That may have contributed to his confusion when a flight attendant showed up and berated him for being in the wrong seat.

“They told him he was in the wrong seat and they laid hands on him to move him and that’s when everything escalated,” Schaffner said.

During the argument, Ukesone was hit “at least once,” resulting in a “large welt on his face.” He was then tied up, and his “mouth was taped.” The flight crew left him restrained, without food and water, for the duration of the flight.

“He also has significant wounds on his wrists and ankles,” Schaffner added, claiming that he believes those injuries were caused by the ropes used to bind Ukesone.

When the flight finally landed at Chicago O’Hare International Airport, Ukesone departed on a stretcher and was taken to the University of Chicago Medical Center to be treated for bruising and lacerations. He was also disoriented after the experience.

Schaffner told ABC News that there was “no question we’re going to file a lawsuit,” adding that he hoped other passengers from the flight would come forward.

“Everybody needs to step back for a second and take a deep breath,” Schaffner said. “He hasn’t flown in a long time and he’s clearly from another country … he just made an honest mistake of sitting in the wrong seat and people have to be trained to deal with things like that, without escalating them into something crazy.”

On Monday morning, Emirate Airlines released a statement confirming that there was an incident on the flight.

The statement reads as follows:

Emirates can confirm that a passenger on flight EK235 from Dubai to Chicago on 23 January had to be restrained by cabin crew due to unruly behavior during the flight. The passenger was handed over to the authorities on arrival in Chicago. The safety of our passengers and crew is of the utmost importance and will not be compromised. We would like to take this opportunity to thank the other passengers on the flight for their understanding, in particular the individuals who had assisted our crew during the flight.