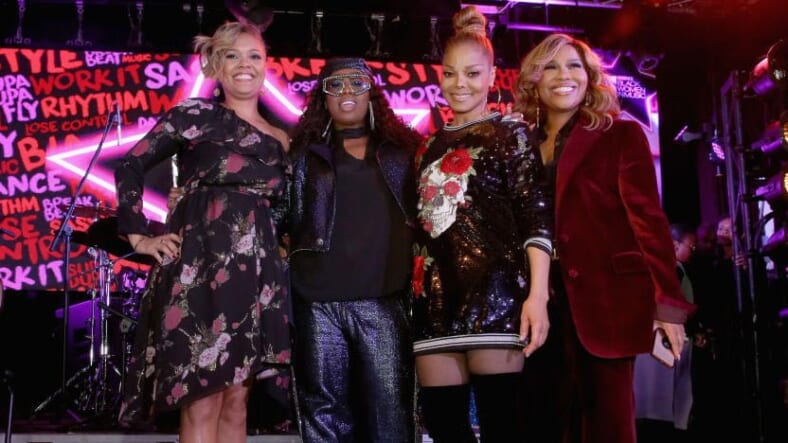 Janet Jackson, who is set to headline this year’s Essence Music Festival in July, surprised Elliott by flying in just to present her with the award. “Grateful for how she stood toe-to-toe with the guys, showing them that a woman can do it all – take charge, lead the way, innovate and create without fear,” Jackson said during her speech.

Jackson continued, “Some women sing. Some rhyme. Some rap. Some produce. Some choreograph. Some act. Some write hit songs. Some create whole new sounds. Some women are able to make their mark in one of these fields. But only one woman has made her mark in all of these fields.And not only made her mark, but done so with boldness and courage. Creativity is a beautiful thing. And when creativity flows so freely from a musical genius all we can do is express gratitude. I am so grateful for Missy’s beautiful soul.”

Following the conclusion of Janet’s presentation, the hip hop legend took the stage herself. “That was a surprise,” an obviously surprised and emotional Elliott said.

“I’ve known Janet over a decade and this is not just … someone I do music with. I can call Janet any time of night . and she will listen,” she said. “The times that I may have felt like giving up, she’s always gave me an encouraging word.”

Lincoln’s First Listen series featuring songstress and hit-writer Marsha Ambrosius, proves the brand remains committed to the arts. The series previews upcoming music from rising and established musicians from behind the wheel of a Lincoln vehicle through the Revel sound system.