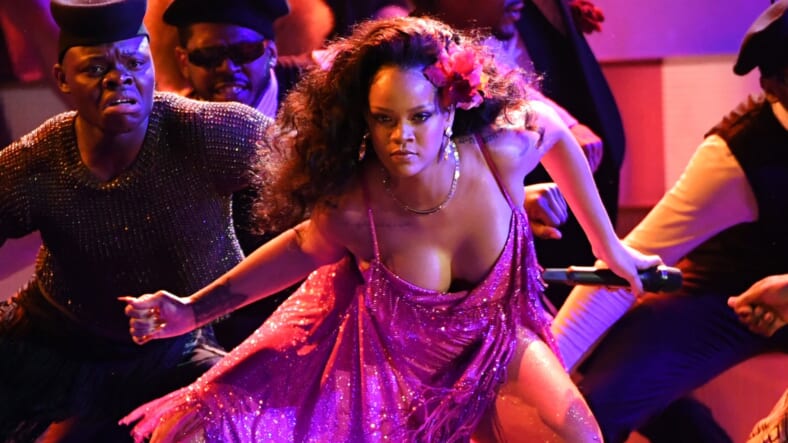 If you saw Rihanna‘s performance at the Grammy Awards 2018, then you’ll remember how LIT she was onstage. It’s been nearly 48 hours and Black Twitter still can’t get enough of RiRi’s killer dance moves.

While performing with DJ Khaled and Bryson Tiller, Rihanna pulled off what looked like the hip-hop dance craze “the stanky leg.” Turns out it’s actually a South African dance called “gwara gwara.”

When she wasn’t busting a move, Rihanna was also adding to her trophy collection. The Barbados native picked up a Grammy for her Kendrick Lamar collaboration, “Loyalty,” which won in the Best R&B/Rap Song Performance category.

The Compton rapper was sure to thank her for hopping on the record. “She came through and gassed me on that record,” he said. “This really belongs to her.”

Take a look at reactions

Me when #Rihanna hit the Gwara Gwara at the end of the #WildThoughts #GRAMMYs  performance ?? #Shoutout #SouthAfrica pic.twitter.com/CAbXdvhVnx