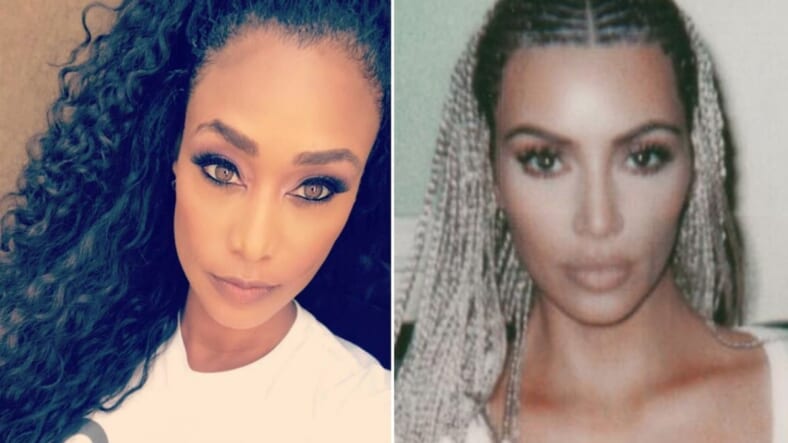 Tami Roman is not here for Kim Kardashian’s Instagram stunts.

After Kardashian showed off as much of her nude body as possible without getting kicked off of Instagram for violating their guidelines, Roman took to Instagram herself with some advice: Stop it.

She started out her address to Kanye West and kept right on laying down the law from there.

“You know, it hurts my heart to say this, because I love this man. I think he’s so talented. I think he’s a genius. But your Black card gets revoked today, Kanye,” Roman said. “Because it ain’t a Black man alive that would let his wife pose for the ‘Gram like that unless he pimpin’.”

“But listen, this ain’t about the Kardashians, because I like the Kardashians,” she continued, adding that Khloe was her favorite. “But, um, Kim, I just want to say: Under the stage of life that you’re in right now, you’re a wife, you’re a mother a three beautiful kids, and you’re a businesswoman, we cannot negate the fact that you have built an empire. And maybe you’re just doing what you know how to do, the only thing you know how to do, how you got in the business, I don’t know. But you past that now, okay?”

Roman noted that Kardashian had so much more that she could build on rather than her body.

“And we’re not negating the fact that you have been consistent in building your brand and your family’s empire,” Roman said. “So own that, sis!”

Roman went on to list the reasons Kardashian didn’t need to post her nudes, starting with the fact that “you don’t need the money” and adding, “You fine, so we don’t need to see the goodie snacks.”

“And I just think that, you know, just step on in to this stage, here.”

Finally, she had sage words of wisdom: “Think about what would Beyonce do. And it ain’t that.”