Michael Minko is sentenced to two months in federal prison after losing it on a Spirit Airlines flight. 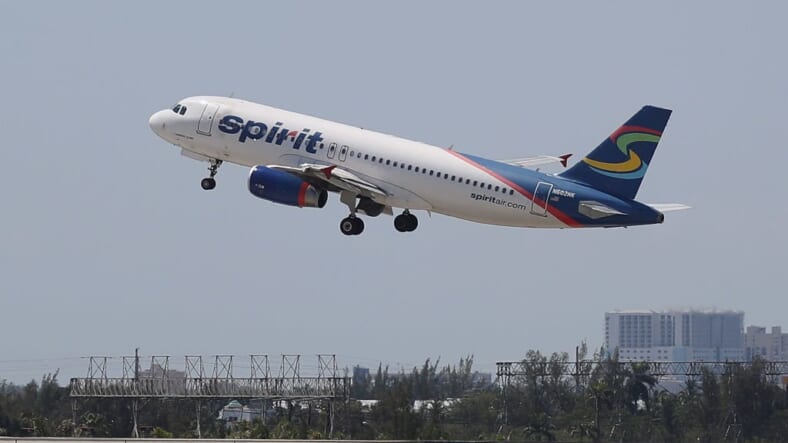 A Florida man was sent to federal prison for two months after he threatened to blow up a Spirit Airlines flight and called a flight attendant a “n****r b***h” and a “slave.”

On the flight from Newark to Fort Lauderdale on July 18, the man in 2D noticed that 36-year-old Michael Minko, in 2F, was pounding Xanax and pouring himself a bottle of bourbon. This according to a report from the Miami Herald.

Not only is that a bad idea because you shouldn’t mix alcohol and Xanax but it’s against airline policy to bring any outside drinks onboard. So, the man, identified in court documents as “R.N.,” told him not to have any more bourbon.

That’s when Minko started to make a scene. At first, he denied having the bottle of spirits and then he started to yell, claiming that he was sick and needed to get off the plane.

“(Minko) said he was going to kill R.N. and everyone else by blowing up the plane,” according to court documents.

The flight attendant tried to step in

Then, a flight attendant, “B.B.,” asked Minko to give her the bottle.

“The defendant called B.B. a n—– b—- and a slave several times and told B.B. that he would kill her,” according to a stipulated facts statement.

B.B. tried to back away from Minko but did offer him a barf bag when he continued to claim he was sick. She was only met with more cursing and racial slurs.

Minko’s behavior started to spiral. He punched the seat of the woman sitting in front of him, pushed around another passenger, and punched the airline window. Finally, R.M. and three other men decided enough was enough. The four men restrained Minko in plastic handcuffs.

Ultimately, Minko was such a disruption that he was hit with the federal charge of interference with flight crew members and attendants.

On Monday, U.S. District Court Judge Beth Bloom sentenced Minko to two months in federal prison for the charge. He will also serve two years probation after his sentence, which will be carried out after he completes a drug and alcohol rehabilitation program.