Simmons' quotes will not be included in future versions of the book. 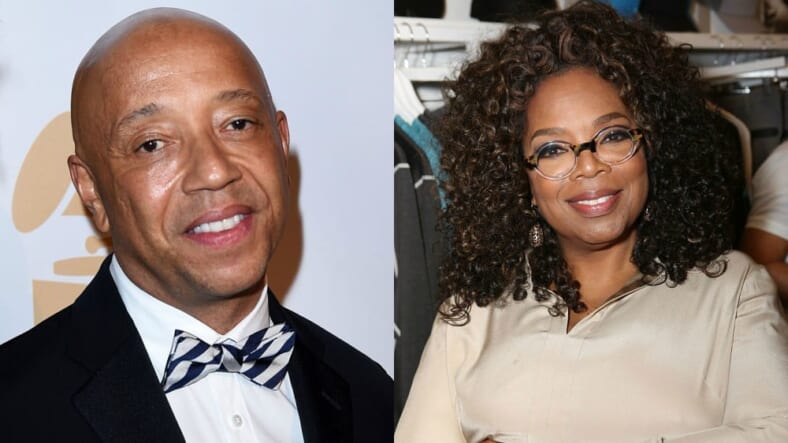 Oprah Winfrey has dropped Russell Simmons’ contributions to her spiritual self-help book, according to the book publisher.

The book, “The Wisdom of Sundays,” came out last fall and has topped bestseller lists since its release. While several other people are quoted in the book, Simmons’ pages will be removed. Simmons’ excerpts feature him talking about meditation as well as the effects of wealth on the soul.

The New York Times reported that the publisher said it came to this decision jointly with Oprah. All future editions of the book, starting in February, will not have Simmons’ quotes in them. However, it’s not clear when the decision was made.

Oprah and the #MeToo movement

It’s not a surprising move for Oprah, however, especially given her vocal support of the #MeToo and #TimesUp movements.

She delivered a powerful speech while accepting the Cecil B. DeMille award for Lifetime Achievement at the Golden Globes that honored Recy Taylor and all the women who have taken a stand against sexual assault and inequality.

Mama O pulled no punches while depicting the history of abuses women have suffered at the hands of powerful men in Hollywood and beyond, and brought the star-studded crowd to their feet.

In January, two accusers filed police reports with the NYPD claiming that Russell Simmons raped them.

One of the women, Sherri Hines, told the Los Angeles Times last year that Simmons had raped her in his New York office when she was part of the Mercedes Ladies hip-hop group.

Hines later recalled on Megyn Kelly’s daytime talk show how she was only 17 or 18 when Simmons invited her into his office. She said that she went because she thought he wanted to talk about a record deal.

Instead, she said, she was “pinned down” on his couch and raped.

“The way I felt at the time was…I can’t believe this man just violated me like I was nothing,” she told Kelly.

The second woman has chosen to remain anonymous. According to TMZ, who reported on the police reports, the alleged rape took place in 1991 after the woman and Russell Simmons had gone out on a date.

TMZ reported that the woman said she was 32 when they went back to his Manhattan home together. She claimed that he tried to take off her dress while they were seated on the couch, but she rejected his advances. He then pushed her down and forcibly raped her.

The site also reported that, of the 14 women accusing Simmons of rape, 7 of them are working with the NYPD. Since there is no statute of limitations in New York for rape, even older assaults can still be investigated.

Russell Simmons has stepped down from his company. He continues to maintain his innocence and has denied that he ever raped anyone.

—Russell Simmons says the ‘full truth’ will be revealed in court—

He even used the hashtag #NotMe in a social media post claiming he was using it to clear his name. The post received massive backlash for appearing to co-opt the #MeToo movement.

“My intention is not to diminish the #MeToo movement in anyway, but instead hold my accusers accountable,” Russell Simmons explained.