Justin Timberlake wrote a new song about me, and I’m not impressed

Writer Ernest Owens, whose exchange with Timberlake over cultural appropriation went viral, says "Say Something" is nothing more than the singer crying wolf. 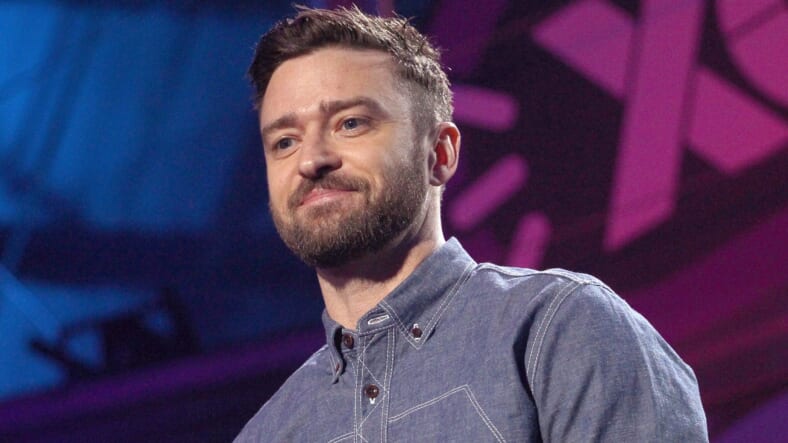 Justin “the prince of white privilege” Timberlake has done it again.

On Friday, the pop star dropped his latest studio album Man Of The Woods, a record he’s been describing as his “most personal.” Timberlake says he’s “going back to [his] roots” after years of culturally appropriating Black culture for soulful aesthetic that he’s now being heavily criticized for.

Perhaps no call-out was as big as the one I gave him back in June of 2016 when I let him have it on Twitter during the BET Awards for being “#inspired” by Jesse Williams‘ BET Awards speech, despite the fact that Timberlake had not admitted his own contributions to the abstraction of Black culture.

In that moment, Timberlake had two options: ignore my tweet and enjoy his white privilege unbothered, or (2) respond and prove my point. He chose the latter. Condescendingly calling me a “sweet soul” he told me “The more you realize we’re all the same, the more we can have a conversation. Bye.”

He’s the same guy who appropriated from her brother and called me a “sweet soul” and that “we are the same” when I called him out on it years ago.

But the conversation didn’t end simply at his quick dismissal of my tweets asking him to acknowledge his culture vulture ways; and for throwing Janet Jackson under bus during their 2004 Super Bowl nipplegate scandal. Instead, Timberlake’s record on race has haunted him ever since, and now he’s decided to be “#inspired” to do a song about it.

In “Say Something,” a track from the new album featuring country musician Chris Stapleton, Timberlake tells music reporter Zane Lowe in recent Beats 1 interview that the song is about “recent misunderstandings.” Lowe referenced my Twitter confrontation with Timberlake and he admitted that it was this particular “misunderstanding” that inspired the song.

“I felt terrible, you feel terrible,” Timberlake described the exchange in the interview, “like ‘Oh man, that is not what I meant. Why did I do that?'”

So, I listened to the track thinking that he would admit some guilt, but instead, I heard a “cry me a river, I’m going to now cry wolf in the woods” song soaked in white tears and fragility. If you didn’t know the situation he’s referencing in the song, you would actually feel sorry for him.

In the music video, he plays a guitar with Stapleton as he walks around looking helpless and vulnerable; as if he’s some victim fearing for his life. The take-away lyric and the message that he conveys throughout the song is “Sometimes the greatest way to say something is to say nothing at all.”

And that my friends, is the new anthem for white privilege in 2018.

As you could imagine I wasn’t impressed nor here for this non-apology of a song:

.@jtimberlake‘s “Say something” was inspired by our 2016 Twitter spat on his cultural appropriation.

He turned it into a song where he still cries wolf in the woods for being called out over his white privilege.

He still doesn’t get it. #ManOfTheWoods

What Timberlake proves yet again is that when white people are called out for the oppressive things they do upon others, they can still play the victim. Despite his antics, he still believes that he is innocent and that those of color whose culture he’s appropriated from are the true culprits. This “woe is I” press tour he’s given is another textbook example of how white people in power will never hold themselves accountable when the pressure is on.

While Timberlake will get a second shot on the Super Bowl stage and return to the woods of whiteness he had abandoned, Janet Jackson still doesn’t get the justice she deserves. Neither are the countless Black artists who have inspired his bait-and-switch appeal throughout the years.

And this is why we need to start revoking unlimited passes to the cookout.

My blunt words may have “#inspired” Timberlake’s latest flop record, but honestly, he can save it. I’m not here for the white victimhood that further marginalizes Black people who use their voice every day to combat against the very exploitation that Timberlake benefits from.

Sometimes the greatest way to say something is by actually saying something honest after all. Tell the truth, Justin and shame the devil.

Ernest Owens is the Editor of Philadelphia magazine’s G Philly. He has written for USA Today, NBC News, BET, HuffPost and several other major publications. Follow him on Facebook, Twitter, or Instagram and ernestowens.com.