Cardi B says she’s Black whether you know it or not: ‘We came here the same f**king way’

Cardi B says she’s tired of having to explain or prove her Blackness, and has sound words for anyone who questions it.

“One thing that always bothers me is that people know so little about my culture. We are Caribbean people. And a lot of people be attacking me because they feel like I don’t be saying that I’m black,” Cardi told actress Zendaya in a one-on-one interview for CR Fashion Book.

“Some people want to decide if you’re black or not, depending on your skin complexion, because they don’t understand Caribbean people or our culture. I feel like people need to understand or get a passport and travel. I don’t got to tell you that I’m black. I expect you to know it.”

The 25-year-old rapper credited her father for educating her on European colonialism, which contributed to her understanding of the Black diaspora.

“When my father taught me about Caribbean countries, he told me that these Europeans took over our lands. That’s why we all speak different languages,” says the Dominican and Caribbean American.

“I expect people to understand that just because we’re not African American, we are still black. It’s still in our culture. Just like everybody else, we came over here the same fucking way,” she added.

Speaking further on people questioning whether she’s Black, Cardi said, “I hate when people try to take my roots from me. Because we know that there’s African roots inside of us.

“I really just want people to understand that the color that I have and features that I have are not from two white people f**king.” 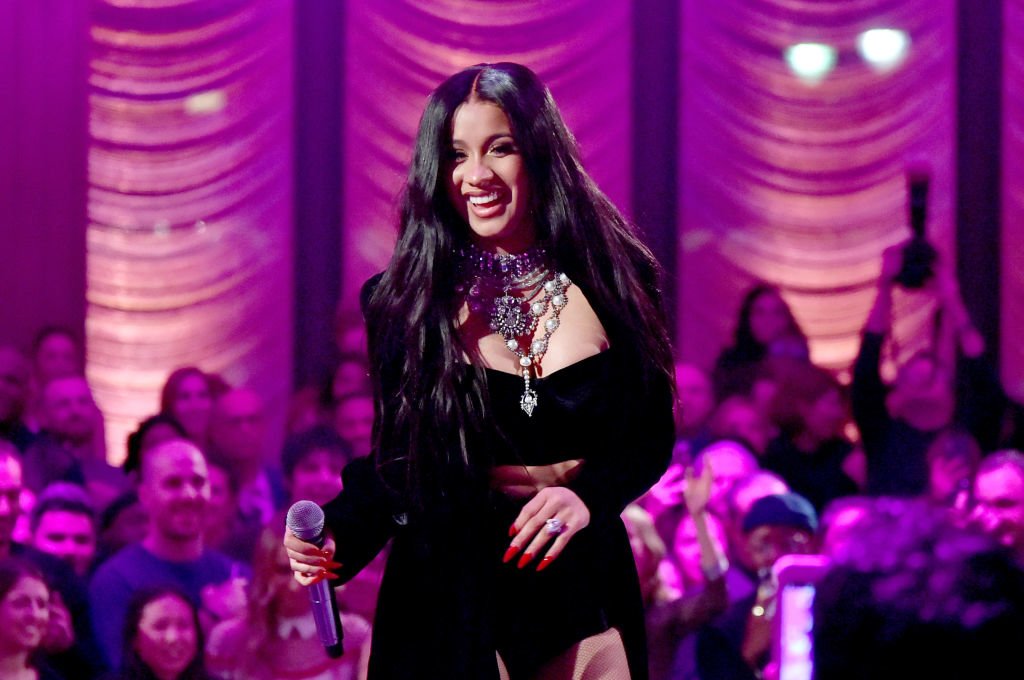 Bonding with Zendaya being from the ‘hood’

Cardi B and Zendaya may not seem like they have much in common, but the two stars also talked about both feeling the pressures of fame and bonded over being from the ‘hood.’

“Sometimes, as a young person in this industry, I put a lot of pressure on myself to do the right thing,” Zendaya said in the same sit-down in which Cardi also interviewed her. “I think this is a flaw of mine.”

“I get so afraid to make the wrong decisions, but I have to understand that I’m only 21 years old. I’m not going to always be perfect. You cannot let the fear of not being perfect stop you from doing anything at all. I still have a lot of things left to do in my career and it’s okay to frickin’ learn from a situation and grow from it.”

Cardi, true to form, asked the Hollywood actress a question about her upbringing in a way that only Cardi B could.

“To me, you seem so angelic. You know, you are the Disney star. You seem like such a sweetheart. But…I know you’re from Oakland. My best friend is from Oakland, and she’s hood as f-ck. That b–ch is a f–king gangster,” said the two-time Grammy nominated rapper. “Do you think that you got some hood in you?”

“Absolutely, there is definitely ‘hood’ in me and it will never leave,” Zendaya answered. “It’s part of who I am, as it is part of my family.” She adds that she is proud of where she grew up.”My aunties held Black Panther party meetings in the downstairs basement of our house that I grew up in,” she said. “You learn so much from those experiences and from those stories.”

Cardi B also opened up about her newfound fame and fortune, and the all the pressures that come with it.

“My family, whatever they want, they get. Everything that I want to buy, I can get. I don’t have to worry so much about my future,” the Bronx native explains. “…Even though I’m happy, I feel like I was a little bit happier two or three years ago when I had less money. I had less people who had opinions about my life. I felt like my life was mine. Now I feel like I don’t even own my life. I feel like the world owns me.”

To that point, Zendaya opened up about how her demanding career impacts her dating life.

“There’s just certain things in our lives that’s hard for people to understand if they don’t live it. Like if I have to explain what a call time is or why I have to start glam early. I’m not just sitting around all day. I’m on camera, I’m shooting, I’m working, I can’t have my phone,” she said.

“But that doesn’t mean somebody who’s not in the industry can’t understand it or wouldn’t want to learn or understand it.”