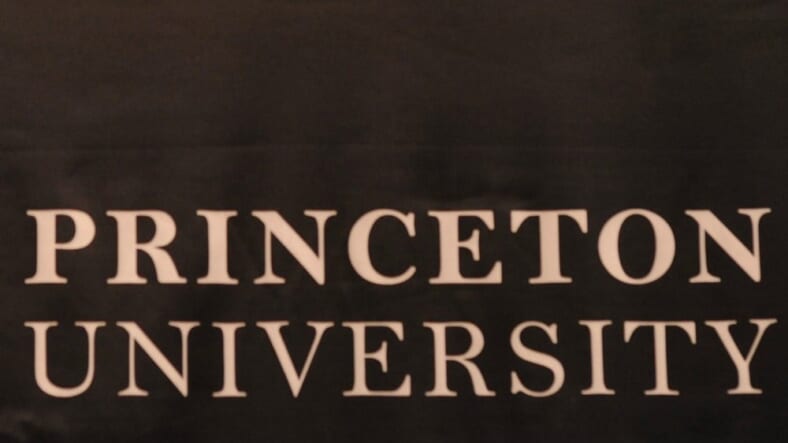 On Tuesday, several Princeton students walked out of an anthropology lesson when their white professor repeatedly used a racial slur.

The university’s newspaper, the Daily Princetonian, reported that Professor Lawrence Rosen had been teaching a lesson on oppressive symbolism for his “Cultural Freedoms: Hate Speech, Blasphemy and Pornography” course.

“All the black students were looking at each other, as if asking whether he actually said that,” recalled student Destiny Salter.

When one student, Malachi Byrd, asked Rosen, “So are you just going to keep using the n-word,” Salter said that Rosen replied, “Yes, if I think it’s necessary.”

Byrd and three other students then walked out of the lecture.

Another student, Devyn Holliday, told the university newspaper that the professor simply tried to explain away his language by saying that the emotional reaction was the point of the lecture.

“It’s supposed to deliver a gut punch, so that’s why I used it,” the professor said, according to the students.

“Every single time he used the n-word, he used the word in its entirety,” Salter said. “He said, ‘You need to suspend your disbelief for the sake of this class.’”

The professor also had the change to apologize to Byrd and the other students who walked out when they returned and demanded an apology and an end to his use of racial slurs.

But the professor reportedly replied, “I don’t think I need to apologize; I did not oppress anyone.”

Salter and another student, E. Jeremijenko-Conley, have filed a complaint to Justine Levine, the director of studies for Rockefeller College at Princeton, over the incident. It remains to be seen what response the university will take.