Herman Cain says Trump is no racist, because apparently he knows best 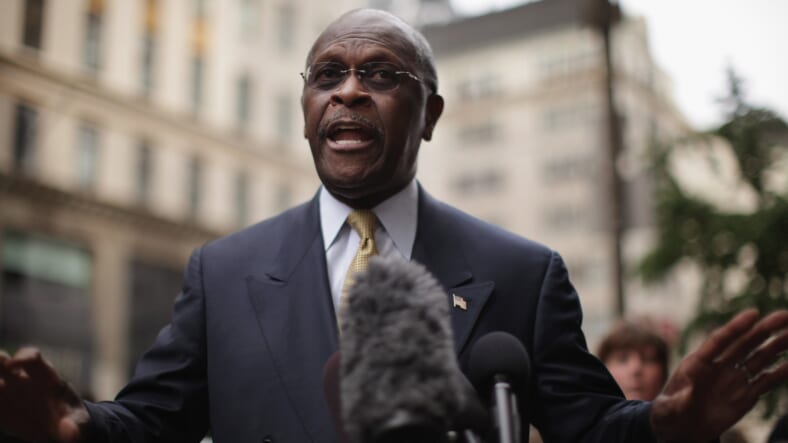 Herman Cain is speaking out on Donald Trump, defending him against accusations of racism.

In an interview with Yahoo News, Cain said that he understood Trump well because of his own experience running for office.

“I don’t think Donald Trump has a racist bone in his body. And you can quote me on that,” Cain said in the interview.

He continued, “I have known him for many years. I have talked to people who work directly for him. The man is a businessman.”

And then, Cain pulled out the oldest excuse in the book: How could Trump be racist when he has diverse acquaintances?

“How could he be a racist? His daughter married a person whose religious belief is Jewish. Good!” Cain said.

He continued, “He doesn’t go around making statements that are racist in nature. No, he says things where some people out there — especially people who don’t like him — try to spin it as being racist.”

And yes, that apparently includes the “shithole countries” remark.

Cain also said that he could empathize with Trump after being a candidate in 2011 and facing intense media scrutiny.

“The media wasn’t pushing back on some of the accusations. No, I didn’t enjoy that. And the frustrating part is that the more you tried to deny that something didn’t happen, the more they wrote stories alleging that it did,” he said.

In the same interview, Cain also called the Black Lives Matter movement an illegitimate movement and claimed that the media was artificially putting the white nationalist label on the alt-right movement. He claimed that this and the Women’s March were examples of identity politics and divisive narratives.