'Cosby' star says she and reality star simply have a difference of opinion. 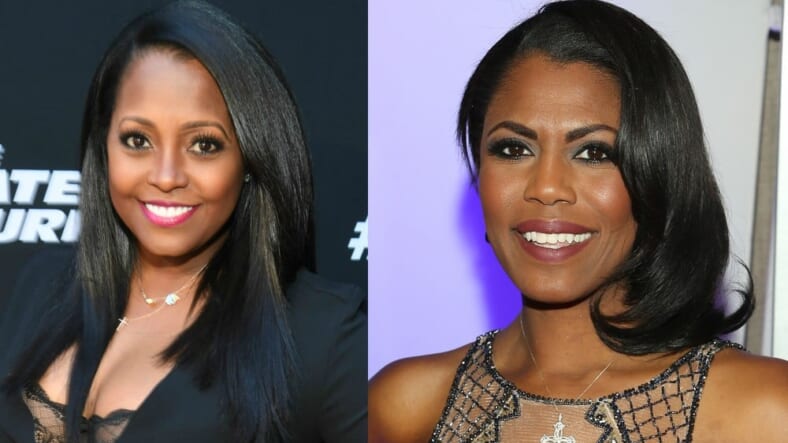 Keisha Knight Pulliam is officially out of the Celebrity Big Brother house, and now she’s dishing on her rather awkward discussion with Omarosa Manigault.

As previously reported, Pulliam and the former White House aide got into an interesting debate about Omarosa’s loyalty to Donald Trump. During the exchange, Omarosa compared her relationship to Pulliam’s own relationship with another controversial figure: Bill Cosby.

Pulliam now says she and the reality star villain simply agreed to disagree.

On the second episode of Celebrity Big Brother Pulliam wanted to know how Omarosa could stand by Trump, asking, “Do you feel like you were able to understand how people from the outside looking in just saw the hate that that campaign kind of incited and that you supported it?”

“When you’re in the middle of the hurricane, it’s hard to see the destruction on the outer bands,” Omarosa replied.

Then, Omarosa decided to turn things on Pulliam by pointing to her own record and her support of her TV dad, Bill Cosby, amid dozens of accusations of sexual assault.

“Since you’re asking me, you stood strong by somebody who you have known and have been loyal to and have known for a long time and who has supported you, and people judged you for that,” Omarosa said.

She then compared her experience to Pulliam, saying, “But only you know the inner workings of your relationship with Mr. Cosby. That’s the same thing with me and Mr. Trump.”

“It’s comparing apples to oranges,” Pulliam argued. “It’s a different situation because this man [Trump] is running the country and being the voice of a whole country of people.”

But Omarosa argued that Cosby’s “impact on the Black community was just as significant.”

“People look up to the Cosbys. That’s the same thing. I will stand firm by that 100 percent,” Omarosa insisted.