The award-winning writer and show runner has quite a few surprises up her sleeve. 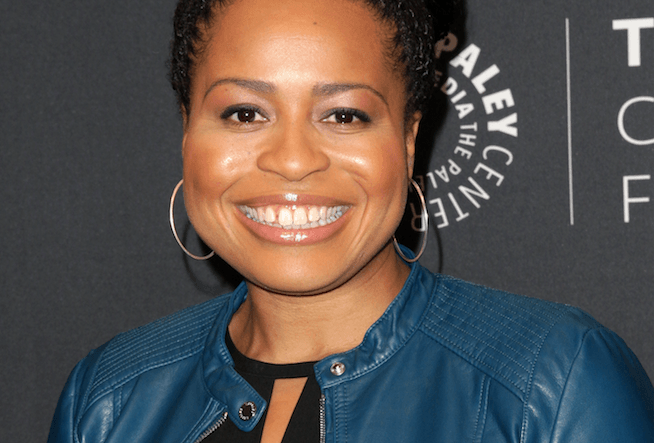 Courtney Kemp has her hands full.

The creator and show runner of Power is working on the hit show’s fifth season and prepping a pilot for ABC.

TheGrio caught up with Kemp at the “They Run the Show: African-American Creators and Producers in Conversation” event at the Paley Center in Beverly Hills this week to find out what Power fans can expect when the show returns this summer and all the juicy details around her next project, Get Christie Love.

“It’s a reboot of Get Christie Love! which aired in 1974 on ABC and was the first one-hour drama with a Black woman in the lead,” says Kemp. “Actress, Teresa Graves, was this beautiful, sexy, model and she played an undercover cop in the original. In my version, she’s a CIA Agent and she is very complicated. It’s really exciting and a whole new skill set to write a broadcast pilot.”

Kemp is writing the pilot as well as executive producing the project alongside Vin Diesel, who will also serve an as EP. Actress, Kylie Bunbury will star in reboot’s lead role.

According to Deadline, Get Christie Love is an action-packed, music-driven drama that centers on Christie Love, an African-American, female CIA agent who leads an elite ops unit. She transforms into whomever she needs to be to get the job done, especially when it’s down to the wire and the stakes are life and death. Her high-adrenaline missions are anchored by an emotional mystery about Christie’s first love — unearthing the truth about this relationship will be the biggest mission impossible of her life.

Although fans are accustomed to her vantage point as writing as the character, Ghost (Omari Hardwick), Kemp insists that creating the voice of a female lead isn’t as different as creating one for a male.

“Christie has problems in her romantic life because it’s me and of course I’m trying to figure that all out. I think she’s a lot like me, but so is Ghost. The things that Ghost struggles with and his definition are a little different, but he is based so much on my father and so much on 50 Cent, I have blended those two people who I really know, so he doesn’t feel external to me. He is just a part of me” she explains. “I think the way she talks to her lovers is different than the way he does. Other than that, it’s the same muscles to write a woman.”

Kemp also weighed in on Power’s intense fan base and the pressure to meet their rising expectations.

“I think worrying about what the fans want is the death of the show,” admits Kemp. “I think about the fans for sure, but the way I think about you guys is that I want you sitting forward in your seat.”

Even though Kemp has delivered the highest-rated show for STARZ, the network still seems to doubt how well she knows her audience.

“We just wrote the season finale, episode 510, and the end of it is a gigantic cliff hanger and I just got notes from the network that they’re not sure it will be satisfying for the audience and I’m saying, ‘No. It will make them come back.’ That’s what you want. That feeling of urgency.”

READ MORE: 50 Cent defends white actor’s use of the N-word on ‘Power’

Since the show has become a bonafide hit for Starz, there are a lot more eyes on the screen each week, but that doesn’t change Kemp’s approach.

“The first year we had no feedback. It was just a shot in the dark, so I relied on myself and had to be my own North star,” she says. “I still have to rely on myself because I can’t work the show to fit anybody else’s expectations or desires. I’ll kill it if I do it that way.”

Power returns to Starz this summer.