Jemele Hill had time today, watch her shut down Meghan McCain on ‘The View’ about Trump tweets 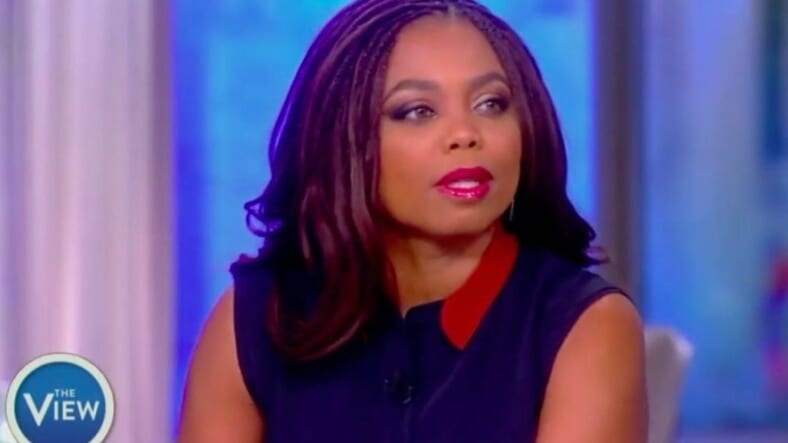 Jemele Hill on The View Photo/Screenshot

The tweet in question was posted around the time of the deadly Charlottesville white supremacist rally and Trump’s tepid response that there were “fine people on both sides.” At the time of the tweet last year, Trump took to his Twitter account to demand that ESPN fire Hill.

ESPN did not comply with the commander-in-tweeter’s demand, but eventually suspended Jemele Hill for a later tweet where she suggested that the way to support NFL protestors was to boycott advertisers. Hill has since  left her hosting position on SportsCenter for a job at another ESPN property, The Undefeated.

On The View, McCain asked Hill if she stood by her tweets about Trump and his administration, noting that she herself has fired off tweets she later regretted. “I’ve tweeted things in the heat of the moment when I’ve been emotional. It’s something I’ve had to learn the hard way not to do as I’ve grown in my career. Do you still stand by what you said and do you think President Trump’s supporters are white supremacists?”

“I still stand by what I said,” Hill replied. “I don’t think that his supporters are white supremacists. What I would say, though, is that they have the privilege, the benefit of privilege, to be able to distance and disassociate themselves from certain issues. Me as a woman of color, I feel vulnerable to certain behaviors, certain policies, certain things that he’s said and done.”

McCain had no further questions.