He thought he had the five-finger discount. 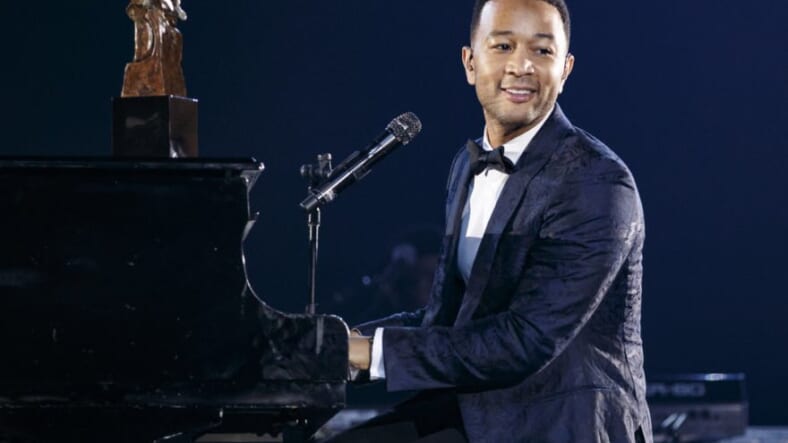 John Legend performs onstage at The Art Of Elysium's 11th Annual Celebration with John Legend at Barker Hangar on January 6, 2018 in Santa Monica, California. (Photo by Rich Polk/Getty Images for The Art of Elysium)

On today’s episode of “what were they thinking?”, a Queens cab driver was found guilty of stealing award-winning singer and songwriter,  John Legends’ Louis Vuitton luggage, which according to PageSix, contained a very expensive pair of Cartier cufflinks.

On Tuesday, Hilario Agustin was convicted of third-degree criminal possession and stolen property after a week-long jury trial.

The Underground executive producer testified against Agustin earlier this month revealing that his wife, Chrissy Teigen gifted him the cufflinks, which had an estimated value between $25,000 and $30,000, with diamond studded finishes.

Life outside of the music

Last November, Legend and Teigen announced that they were expecting their second child in a cute Instagram video where their toddler daughter, Luna points to Chrissy’s stomach saying, “baby.” Most recently, the couple revealed that they are expecting a baby boy, just after the Grammy awards in the most subtle way possible. In an Instagram caption, the model wrote, “Mama and her baby boy.” Their family is celebrating so many memorable milestones right now, so it’s a shame that this incident has interrupted their happy moment.

The 64-year-old driver may face up to seven years in prison for the incident that occured in March 2017. Agustin walked up to the cart in John F. Kennedy airport in New York, which carried the expensive luggage and moved it to a discrete location. He later returned and lifted the bag. According to authorities, the bag itself was worth $3,000.

Agustin originally claimed that he “took the bag by accident,” but airport surveillance footage shows him quietly taking away the luggage and then fleeing from the scene.

“I know I should not have taken it. I made a mistake,” Agustin told authorities.

The cab driver is expected to have sentencing on March 12.