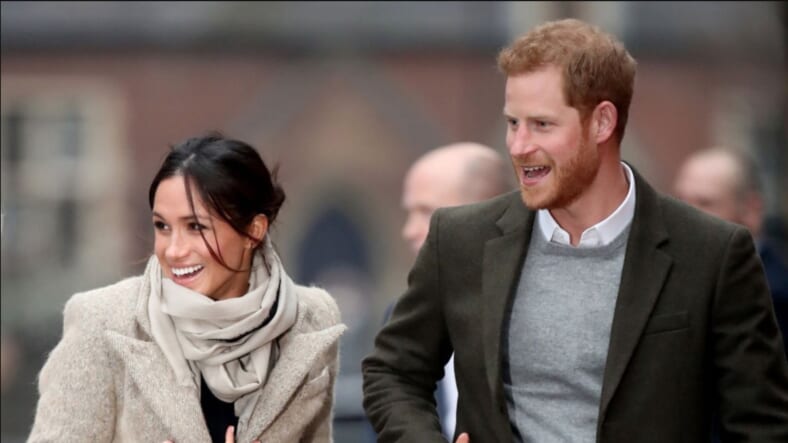 A letter addressed to Prince Harry and Meghan Markle prompted a terror scare in London when it was found to contain white powder.

The letter, which was addressed to both Harry and Meghan at Kensington Palace, was intercepted by security and never made it to either of them. However, they were both informed about the letter and its contents.

The white powder was found to be harmless after experts examined it. London’s Evening Standard reported that police are now investigating the matter.

“Police are investigating after a package containing a substance was delivered to St James’s Palace on Monday, 12 February. The substance was tested and confirmed as non suspicious,” a spokesman for Scotland Yard said.

Police are also reportedly looking into the letter itself, which allegedly contained a racist message.

“Officers are also investigating an allegation of malicious communications which relates to the same package. No arrests; enquiries continue,” the Scotland Yard spokesman said.

The Hollywood Reporter also noted that earlier this month, a letter containing white powder was sent to an office at Parliament. The contents were also was found to be nontoxic.

A royal wedding on the horizon

The incident will likely have security taking a closer look at safety precautions in advance of Prince Harry and Meghan Markle’s royal wedding, which is scheduled for May 19.

“They hope this short journey will provide an opportunity for more people to come together around Windsor and to enjoy the atmosphere of this special day,” the Kensington Palace statement said of the planned carriage ride.

The two will be married by the Archbishop of Canterbury The Most Revd. and Rt Hon. Justin Welby, though Rt Revd. David Conner, the Dean of Windsor will lead the service, according to People.

There’s still been no word on which of Meghan Markle’s celebrity friends will be in her bridal party.