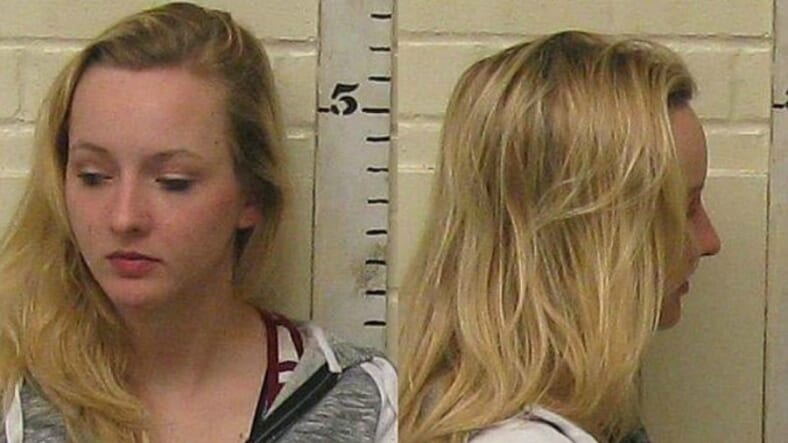 Texas teenager Breana Harmon Talbott, will be sentenced on March 20 after pleading guilty to lying about being kidnapped and gang-raped by three black men.

In March 2017 Talbott’s fiancé reported her missing before she showed up at a church covered in blood and barely clothed.

“She’s very remorseful for what she did and what she said, and that’s why she decided to plead guilty,” claimed her attorney Bob Jarvis.

It was on March 8, 2017, that the woman showed up at a local church. She had blood on her and was wearing nothing but a shirt, bra and underwear. There she said she had been attacked and raped.

When Breana Harmon Talbott sat down with police she said she was kidnapped from her apartment by “three black males” who were wearing ski masks. She claimed they took her into the woods near the church and each took turns holding her down and raping her violently.

Police have said that in just a few days after her reappearance her story began to fall apart. One of the biggest clues to the lie was that medical professionals were unable to find evidence that she had been sexually assaulted.

Police investigators also went over the crime scenes and found nothing to back up her claims of the crime.

“We believe the crime scene – from the initial ‘kidnapping’ scene at the apartment complex to the point of Harmon’s condition when she walked into the church – were staged,” Police Chief Jay Burch stated.

Breana Harmon Talbott eventually copped to her lies and admitted she staged the crime and has inflicted her wounds herself.

The police report taken at that time stated, “Breana Harmon Talbott’s hoax was also insulting to our community and especially offensive to the African-American community due to her description of the so-called suspects in her hoax. The anger and hurts caused from such a hoax are difficult and so unnecessary.”