One small step towards blocking undocumented immigrants from gaining access to the U.S. 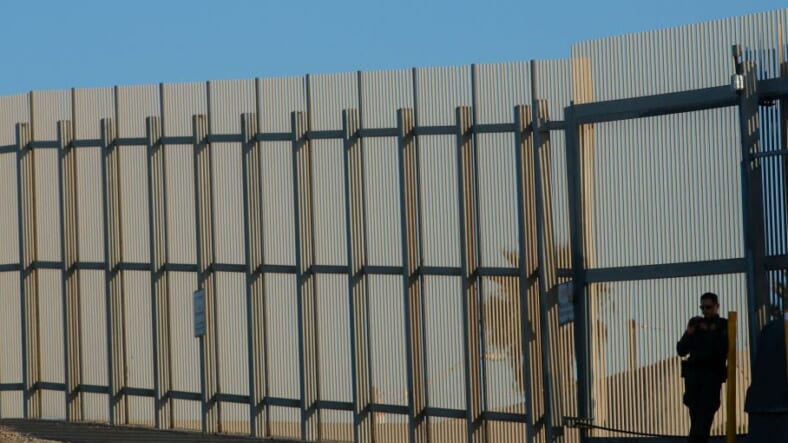 On Tuesday, US District Judge Gonzalo Curiel gave Donald Trump and his administration a big win in their ongoing quest for a border wall.

In a 100-page order, Judge Curiel ruled that the administration could begin construction on its long-promised border wall, waiving regulations and environmental laws in the process.

Judge Curiel noted that he is aware of how divisive the idea of the border wall has become, but insisted that the controversy was not part of his decision.

“The court is aware that the subject of these lawsuits, border barriers, is currently the subject of heated political debate in and between the United States and the Republic of Mexico as to the need, efficacy and the source of funding for such barriers,” Curiel wrote. “In its review of this case, the Court cannot and does not consider whether underlying decisions to construct the border barriers are politically wise or prudent.”

Curiel also argued that the federal government was within its rights to create a border wall because of its broad authority to defend the nation.

“Both Congress and the Executive share responsibilities in protecting the country from terrorists and contraband illegally entering at the borders. Border barriers, roads, and detection equipment help provide a measure of deterrence against illegal entries,” Curiel wrote.

A win for Trump

While critics of the wall bemoaned the decision and promised to press for an appeal, the Justice Department celebrated it.

“Border security is paramount to stemming the flow of illegal immigration that contributes to rising violent crime and to the drug crisis, and undermines national security,” said Justice Department spokesman Devin O’Malley, according to CNN. “We are pleased DHS can continue this important work vital to our nation’s interests.”

Even with Judge Curiel’s decision, however, it’s not like the government is going to rush off and build the wall right this second. They still need to get authorization of funds from Congress, which has been reluctant to do so.

Still, it’s a win for Trump and anyone who supports the border wall, and one more step toward a physical representation of the President’s apparent disdain for undocumented immigrants.