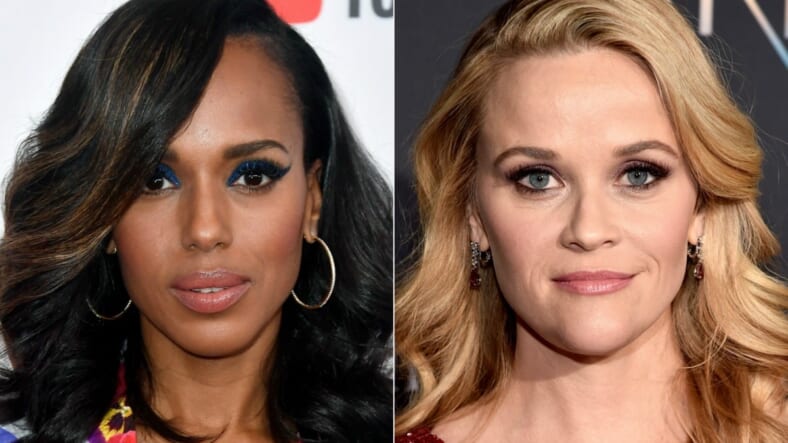 Reese Witherspoon and Kerry Washington are teaming up for a limited series, Little Fires Everywhere, based on the best-selling book by Celeste Ng.

The book is based off of Ng’s hometown in Shaker Heights, Ohio. In the book, two families living in the area during the 1990s come to know one another through their children.

— Compton does NOT want you: An open letter to Stacey Dash about the congressional election she’s going to lose —

Witherspoon made this her Book Club x Hello Sunshine’s September 2017 book pick and had been interested in making an adaptation for some time. As it turned out, Washington was also a big fan of the book, so they decided to pool their talents.

Liz Tigelaar will write the adaptation, though Ng will serve as a producer on the series, according to Deadline.

A bestselling story like this deserves some real talent at its helm, and that’s what Little Fires Everywhere has in Witherspoon and Washington.

We all know Washington shines in Scandal right now and recently got all excited for the Scandal/How to Get Away With Murder crossover. After all, who wouldn’t be hyped to work with Shonda Rhimes and Viola Davis on such an awesome project?

And then there’s Witherspoon, who is part of the cast of the upcoming A Wrinkle in Time film, directed by Ava DuVernay. That movie, which is also a book adaptation, is already getting high praise for bringing Black girls a young science fiction heroine that they can look up to. DuVernay has praised the Black Girl Magic in A Wrinkle in Time, with Storm Reid and Oprah Winfrey rounding out the cast to make this a must-see.