REVIEW: ‘Service To Man’ will make you mad and warm your heart 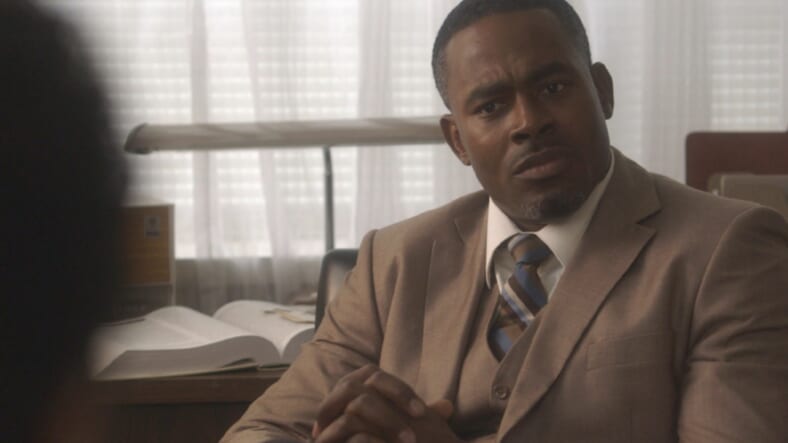 At different points throughout the film that’s based on a true story, its message is as disturbing as it is heartwarming, striking a hard to reach balance few movies can pull off.

Lamman Rucker’s performance as the hard to impress Dr. Johnson and Keith David’s portrayal of the hard as nails authoritarian, Dean Holmes, are two of the film’s highlights. Equally impressive are Christopher Livingston and Morgan Auld, who star as Michael Dubois and Eli Rosenberg, two adversaries who come together in the most unlikely of circumstances.

It’s 1967 and Eli Rosenberg has a problem. Only one medical school in the country will accept him: Meharry Medical College, a legendary all-black school in Nashville, Tennessee.

Michael DuBois has a problem. Only one medical school in the country will do: Meharry Medical College, his father’s alma mater, and therefore his, whether he likes it or not.

Eli and Michael have a problem. They’re awkward, they’re outsiders, and they hate each other—but the moment they arrive, they’re forced to work together within the explosive pressure cooker of the turbulent 1960s. These unlikely allies battle the mysteries of medicine; demanding professors; crushing parental pressures; and an entire student body distrustful of them both.

Inspired by an exciting true story, Service To Man celebrates the courage to honestly look within ourselves, to find ourselves reflected in others, and explores this eternal question: how do we measure success—in the service to self, or the service to man?

The film’s comedic moments and dramatic turns are likely big reasons why the movie nabbed the honors of Audience Choice Award and Best Narrative Feature at the Tallgrass Film Festival.

Service To Man is available on VOD through Freestyle Digital Media.

You can check out other Freestyle Digital Media offerings here.

ESN is the parent company of theGrio.com. It is a 100 percent African-American owned company with seven networks.