This is a good development for the rapper. 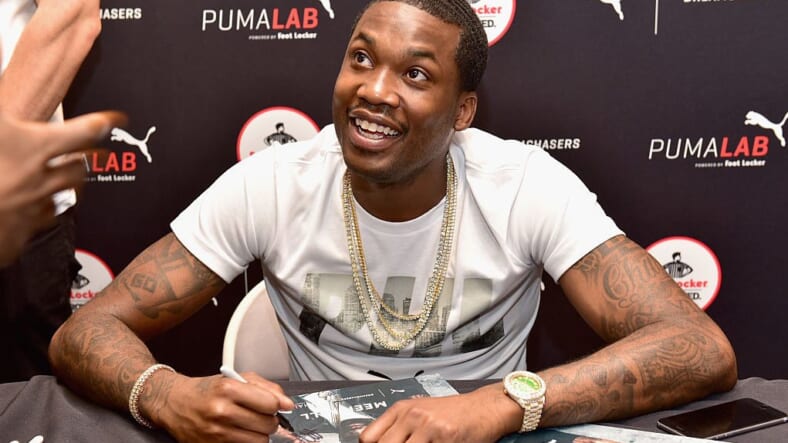 Philadelphia district attorney, Larry Krasner, announced on Wednesday that his office will not oppose rapper Meek Mill being released on bail.

Prosecutors filed a motion in court asserting that given the evidence, Mill’s original 2008 conviction will likely be reversed. This news comes on the heels of the arresting officer in Mill’s 2008 case being on a corrupt officers list compiled by the Philadelphia District Attorney’s Office.

The officers on the list are deemed unfit to testify in court due to a history of unethical or illegal behavior such as lying, assaulting citizens, and being racist.

“In the event [Mill’s] conviction is reversed … the risk of an unjust or disproportionate sentence having been served exists,” reads the motion, according to Philly.com.

Mill has been incarcerated since November of last year. Judge Genece Brinkley sentenced Mill to 2-4 years in prison for probation violations. The “violations” were so minor, that both the prosecutor’s office and Mill’s probation officer argued for no jail-time, but because judges are given wide discretion in parol and probation cases in Philadelphia, Brinkley was able to send Mill to jail anyway.

Mill’s attorneys have filed motions to have Brinkley removed from the case, citing what they say is a bias she harbors against the rapper. A recent Rolling Stone jailhouse interview with Mill offered details of Brinkley’s bizarre actions and comments towards the rapper since he first stepped foot in her courtroom 10 years ago.

Brinkley was fixated on micro-managing Mill’s handlers and even suggested particular songs and artists he should collaborate with. And according to the Rolling Stone article, Brinkley seemed to purposely try to stifle his career when he did not acquiesce to her odd requests.

“It became a grim ritual: Each time he dropped a record, she’d jail him for some violation or restrict his travel,” it reads. Mills team estimates that Brinkley’s over-zealous rulings have caused Mill to miss out on approximately $30 million over the years.

With a robust social media effort using the hashtag #FreeMeekMill and apparently an ally in Philly’s new district attorney, Mill seems to have a clearer path to freedom.  The roadblock? Brinkley. She has the power to determine whether or not Mill will be released why his legal team . She denied him a bail hearing in December, calling him a “danger to the community in Philadelphia, New York, Missouri, and other locations throughout the United States.”

Mill’s attorney’s have filed motions to have Brinkley removed from the case as they continue to work through the appeals process. A hearing is scheduled for April 16.