The 47-year-old star is reportedly expecting her first child with husband, Marc Daly. 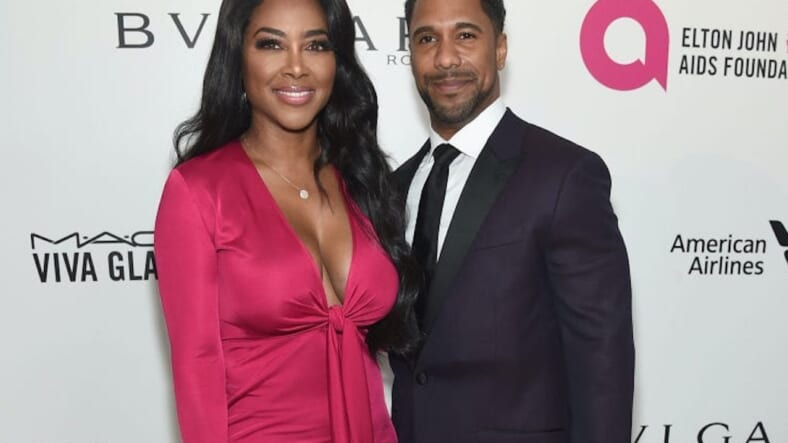 Kenya Moore has lots to be grateful for if these rumors are true.

According to reports, the 47-year-old former beauty queen is expecting her first child with husband, Marc Daly.

Sources say she confirmed the news while filming the upcoming Real Housewives of Atlanta reunion episode.

Moore has been open about her desire to become a mother for years, so it’s a bit surprising she would keep the good news under wraps. Considering the fact that she refused to film with husband, whom she secretly wed over the summer, she may have been opting to keep her family life as private as possible.

Other folks have their own opinions about why she has kept the news to herself. Sources told Radar that several of Moore’s RHOA cast mates are doubting that she’s really pregnant and insist she’s trying to stay on the show by dropping the bombshell at the reunion.

“Kenya didn’t look pregnant; all of the ladies have had kids and they totally didn’t believe her,” the source said. “No one really believes Kenya is pregnant and the producers think that she said she was pregnant in order to get signed up for the next season. This was a last-ditch effort to get a contract.”

This isn’t the first time pregnancy rumors swirled around Mrs. Twirl. In November, she was reportedly spotted undergoing fertility treatments in Barbados. It’s also not the first time her RHOA frenemies have thrown shade about her fertility. Moore lashed out at Kim Zolciak-Biermann after she criticized her desire to have children and said, “Hope she’s not using a 46-year-old, fu%$#ng egg.” Ouch.

Guess fans will have to wait and see if Kenya Moore announces her pregnancy on the reunion. So far, she has been suspiciously quiet about the news on social media, even after reports of the announcement surfaced over the weekend.