The actor will be honored at the 69th Annual New Dramatist Spring Luncheon. 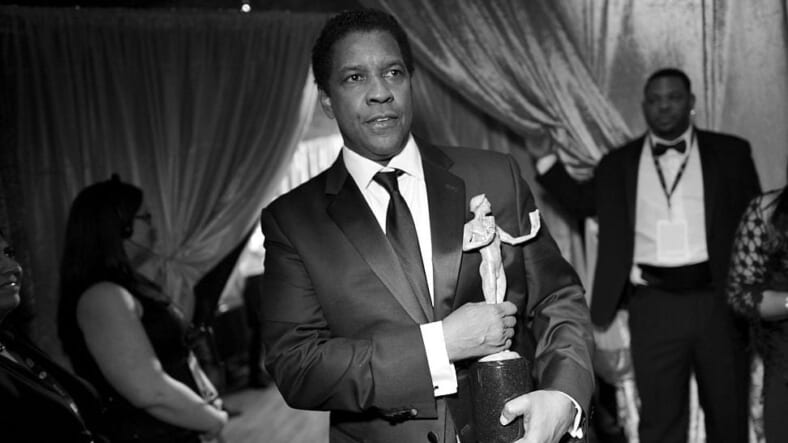 Denzel Washington is heading to Broadway and he’s already racking up top honors.

The Oscar-winning actor who is set to star in George C. Wolfe’s upcoming production of The Iceman Cometh, will receive the Distinguished Achievement Award from New Dramatist at their 69th Annual Spring Luncheon.

“Mr. Washington has earned his career status through hard-work and excellence,” said Emily Morse, Artistic Director of New Dramatists. “He’s a professional actor who continues to pursue artistic and career challenges, like undertaking the plays of August Wilson, an alumnus of New Dramatists, and Eugene O’Neill, for example, and it’s his fearless risk-taking that connects him to what the playwrights working at New Dramatists and the collaborators who support their processes seek every day.”

She also called the actor “a respected, consummate artist, and for this reason we wish to honor him at this year’s luncheon.”

Although plenty pf people tend to consider him a big-screen actor for roles in films like Glory, Remember The Titans, Training Day and Roman J. Israel, Esq., Denzel Washington is no stranger to accolades from the theater world. His performance in August Wilson‘s Fences earned him a Tony Award in 2010 and he went on to star in and direct the film version in 2016. The film co-starred Viola Davis and the role earned her an Oscar for Best Supporting Actress in 2017. Washington was nominated for Best Actor for his role in the film which was also up for Best Picture. August Wilson scored a nomination for Best adapted Screenplay as well.

You can see him onstage starting March 26, when The Iceman Cometh begins previews at the Bernard B. Jacobs Theatre in NYC.