The ladies of Potomac are serving up some serious drama in Season 3. 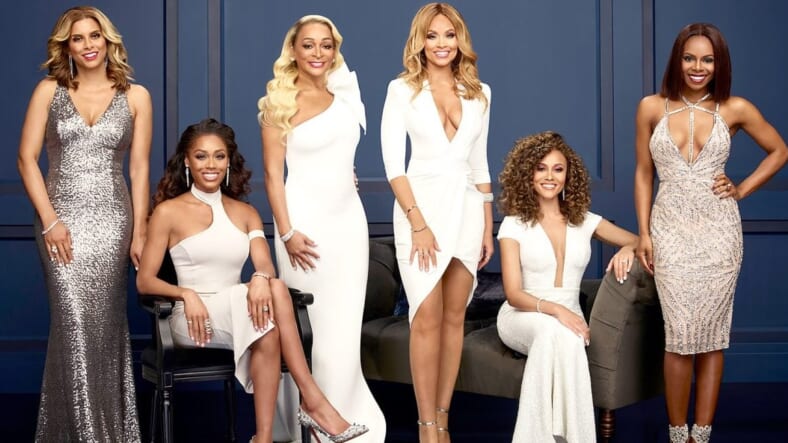 The Real Housewives of Potomac is returning for a third season and we can’t wait to see what the ladies have been up to.

By the looks of the trailer, this may be the year this cast becomes fan favorites over the ladies in Atlanta.

Karen Huger, Gizelle Bryant, Ashley Darby, Robyn Dixon and Monique Samuels will return as full-fledged Housewives along with newcomer, Candiace Dillard. Charrisse Jackson-Jordan has reportedly been demoted to “friend of the show” this time around.

Here are 5 reasons to watch Season 3 of Real Housewives of Potomac:

It seems the self-proclaimed Grand Dame of the group is having some serious issues this season. Rumors are swirling that her husband is broke and it seems that the “Black Bill Gates” is also looking for a divorce. The girls are hell-bent on figuring out whether or not Karen is pretending to live in her new mansion and she doesn’t seem too intent on spilling her secrets to the group.

“Read my f–king lips: Karen is debt-free and loaded,” she tells the group in the trailer… we guess we’ll have to wait and see.

We have spent two seasons watching Monique play “little sister” to the group and she usually backs down when one of the more mature ladies puts her in her place. Now, it looks like she’s paid her dues and is ready to go up against anyone who tries her. “Back up and get out of my face before I choke you out with this umbrella.”

Who doesn’t love a good love story? Giselle seems to have found her match with a tall drink of water who professes his love for her on camera.

There’s a new girl in town.

We finally get a new housewife with some substance this season with Candiace Dillard. She worked in The White House under President Barack Obama in the Office of Public Engagement and Intergovernmental Affairs before getting crowned Miss United States in 2013. Now, she’s planning her wedding and ruffling feathers so what could be more fun than that?

After two seasons of being puzzled by the dynamic between live-in exes Robyn and Juan Dixon, we see the couple talking to a therapist and kissing after FINALLY rekindling their romance. It has been hard to watch Robyn suffer through her “divorced but still sleeping with her ex husband” saga, so it will be nice to see some progress on that front.

Season 3 of The Real Housewives of Potomac kicks off on Sunday, April 1 at 10 p.m. on Bravo.