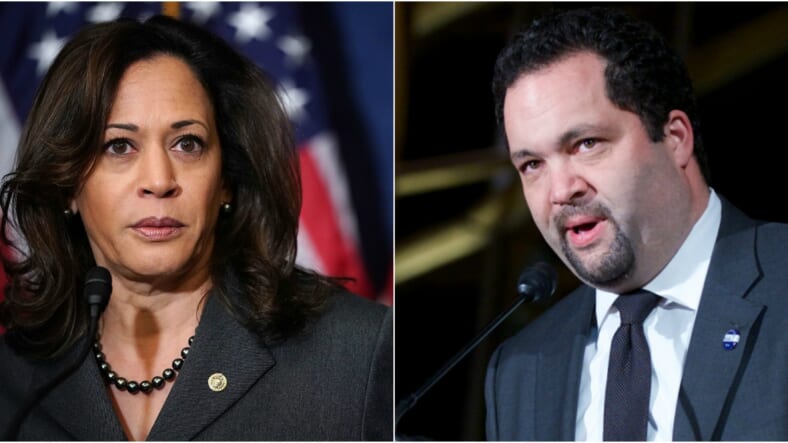 Former NAACP president Ben Jealous, who is making a bid to be governor of Maryland has won some crucial support for his campaign, the latest has come from California Sen. Kamala Harris, according to the Washington Post, who joins a list of progressive politicians backing him.

“Everyday we see the damage being done to our country by this administration and we need leaders in our states like Ben, who have shown the political courage our families need right now,” Harris said in a statement.  “He understands we elect leaders to stand up for working people and vulnerable communities so their voices are heard and change happens. That’s how he’s led his whole life, and that’s how he’ll lead as governor.”

Kevin Harris, Jealous’ campaign spokesperson, told Buzzfeed that Jealous and Harris have a “really good relationship,” but did not comment any further on the rumored endorsement. “They have known each other for years,” said Kevin, ”and the candidate admires and respects her.”

Kamala Harris’ political camp also did not respond for comment, but the endorsement would not be surprising.

Back in 2013, Jealous told Politico that he was rooting for then-President Obama to name a Black woman to the Supreme Court, and his first choice was Kamala Harris. “I personally would like to see somebody young who could stay on there for decades,” Jealous said, noting Harris as a “brilliant pick” for the spot.

Harris’ endorsement is expected to take Jealous’ appeal to Black voters over the threshold, as well as with the more progressive Democrats. Harris was also reportedly the first Democrat to stand with and sign on Sanders’ Medicare-For-All bill in August 2017.

Jealous, who was credited with boosting the approval rate and appeal of the NAACP in recent years, reportedly stepped down as President and CEO to “spend more time a home” in 2013. He then tried his hand at venture capitalism and has found his way back to politics in a much-needed time in our country.

In a tough battle for the primary, Jealous is running against Rushern L. Baker III, who is currently leading the polls. Additionally, Baltimore County Executive Kevin Kamenetz is in line for the spot, and polling fairly high as well.