He's being accused of stealing almost half a million from the school. 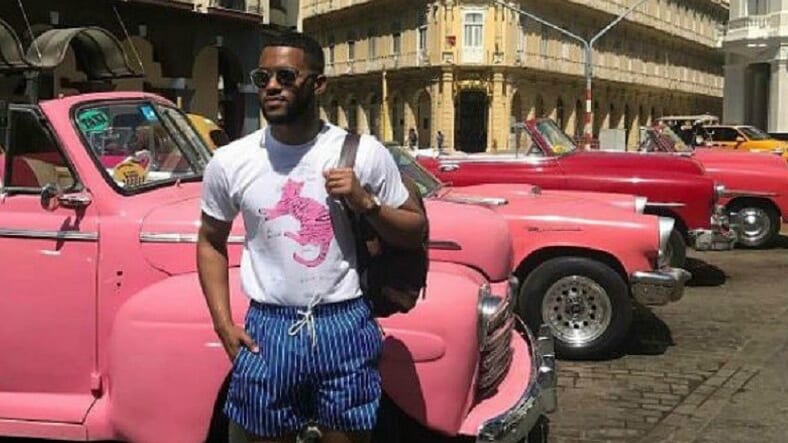 An explosive report revealed earlier today that six Howard University employees stole more than a million dollars from the school and have now been fired after a whistle-blower exposed the theft on social media, reports NBC.

Now, Tyrone Hankerson Jr., a former student employee, has been named at the center of the controversy. Hankerson Jr allegedly scammed $429,000 from Howard’s financial aid coffers.

Hankerson Jr. has now deactivated all of his social media accounts, but that doesn’t mean the internet doesn’t still have receipts. Photos of the former Howard Law student show him living his best life with expensive clothes, designer bags and even a personal videographer to chronicle the best parts of his life.

Hankerson Jr. has since issued a statement to ABC News thanking his supporters and saying that “I have done nothing illegal or wrong. When the truth comes out, it will be confirmed that I followed all rules and protocol with the approval of the then financial aid officers in any grants, scholarships or awards given to me as a student who attended class all year round and traveled abroad.”

Earlier today, Howard University’s president Wayne Frederick released a statement acknowledging that an audit of their 2006 to 2016 records found that there were university grants that were awarded to some employees that were also receiving tuition remission. But the funds were mishandled and taken by those employees, which equaled more than the cost of attendance, allowing them to receive “inappropriate refunds.”

“While this has been a very difficult and disappointing situation, I know our campus community deserves better and I am committed to insuring that each of our campus offices operate with integrity and are the best that higher education has to offer,” said Frederick.

An outside auditor spearheaded the investigation and once the misappropriation of funds was determined, the school alerted the Department of Education in July 2017. By September, the six employees were fired for “gross misconduct and neglect of duties.” And a whistleblower shared the information earlier today on the blogging platform, Medium (which has since been deleted.)

Frederick released a statement, outlining new policies implemented after the incident including all awards of university grants are now reviewed and approved by the Budget Office prior to being awarded by the Financial Aid Office.

Hankerson Jr. still has a lot to answer for as the meme’s and posts of disdain created in his honor continue to grow on Twitter by the minute. Here are just a few to sample:

Tyrone was living his best lives with our financial aid pic.twitter.com/7GLTqC5NSU

Months away from graduation and the scam went south.