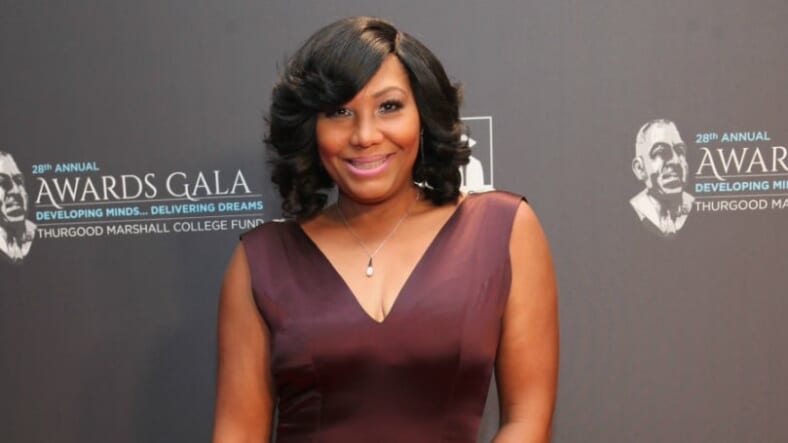 (Traci Braxton opens up to theGrio’s Natasha Alford about why she’s not trying to start over after two decades of marriage in our interview clip above.)

Singer, actress, and reality star Traci Braxton, 46, opened up about she’s keeping things hot in her marriage and preparing to be a fly grandma in a recent interview with theGrio.

Braxton and her husband, Kevin Surratt, have been together for 28 years. They’ve been through their ups and downs, counseling, and even marriage boot camp (Season 3 – Marriage Boot Camp: Reality Stars). Despite the trials and tribulations in their marriage, Braxton says love kept them going– but also she’s not trying to start over.

“As long as you have love, anything can heal. Anything is possible,” Braxton tells theGrio’s Natasha Alford.

“I have a limit. We argue, we will say hurtful things, but we would come to each other and say, ‘I was wrong.'”

“All this foolery around here.  All these diseases around here!” she says with a laugh.  “For me, personally I don’t want to start over.”

If you’re wondering what it takes to keep that spark in the relationship, Braxton shares her secret.

“I’m dating my husband,” she says excitedly. “We go out every week, we go to our favorite restaurant and we just sit there and talk and have conversations and just date each other.”

Braxton also explains that she wants to set a positive family dynamic for her son, Kevin Jr., who’s expecting his first son.

“[Kevin Jr.] made me a duchess and I’m ecstatic because now my parents, my sisters, and my brother…my grand-baby is making them a first generation of a great grandchild.”

When we asked what a duchess was, Braxton explained that it will be her new title as a grandmother– not “Nana” or “Granny.”

“My sisters and I…when we were younger, we said if we ever have kids, and our kids have kids, our names would be duchess.  That’s royalty, thats what they call the Queens when they have grandkids. So, I’m royalty.”

We like that idea of black women wearing the crowns they deserve.

Check out more of Traci Braxton and her sisters every Thursday, on WEtv.

(Traci talks about keeping her relationship with Tamar after the fallout over husband Vincent.)