In the case of Alton Sterling’s death, one officer fired and one officer suspended for three days

The officers plan to appeal. 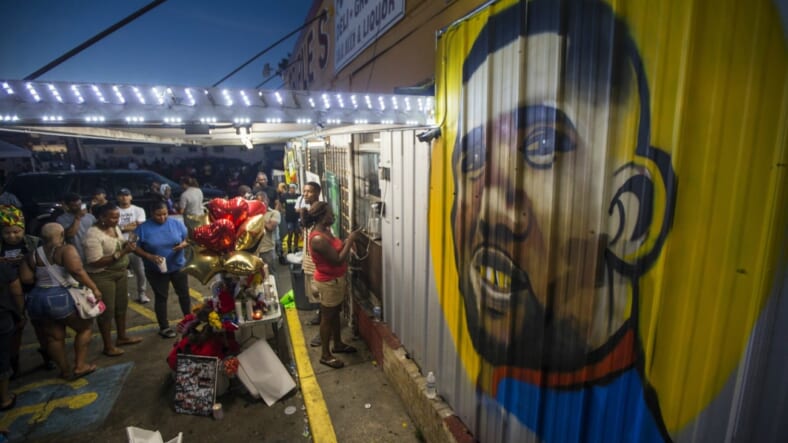 Sterling was shot six times outside of a Louisiana convenience store by Baton Rouge police officers as he was attempting to sell music CDs.  Cellphone video footage of the encounter went viral. The officers on the scene tased Sterling, wrestled him to the ground, and then shot him.

Officer Howie Lake II wrestled Sterling to the ground but, but did not fire his gun.  Officer Blane Salamoni shot Alton Sterling six times as Sterling lay on the ground with a gathered crowd watching.

Both officers escaped criminal charges. In the Friday press conference, Chief Paul announced that Lake would will be suspended for three days with no pay. Salamoni has been fired effective immediately. Both officers have been on paid administrative leave since the shooting.

During the press conference, Chief Paul (who has had his role since January 2018) repeatedly asked for the public to obey police officers’ commands. Please stop resisting, stop running, when the police officer gives you direction, listen,” he said.

The Chief of Police also said that attorneys for both officers already said they would be appealing the decision.

After the press conference ended, the Baton Rouge Police Department released new video footage of Alton Sterling’s fatal encounter with Lake and Salamoni. The videos, which have never before been released to the public, contain body cam footage from both officers.

In the video, Salamoni can be heard screaming at Sterling that he will shoot him as he calls him profane names with his gun drawn and pushes Sterling on top of a car hood.

After the shooting, an out of breath Salamoni calls Sterling a “stupid motherf***er” multiple times as Sterling is lifeless on the ground.

The footage is graphic and contains profanity. To view the videos, click here and here.