The Oscar-winning actor has been bitten by the Cardi B bug too. 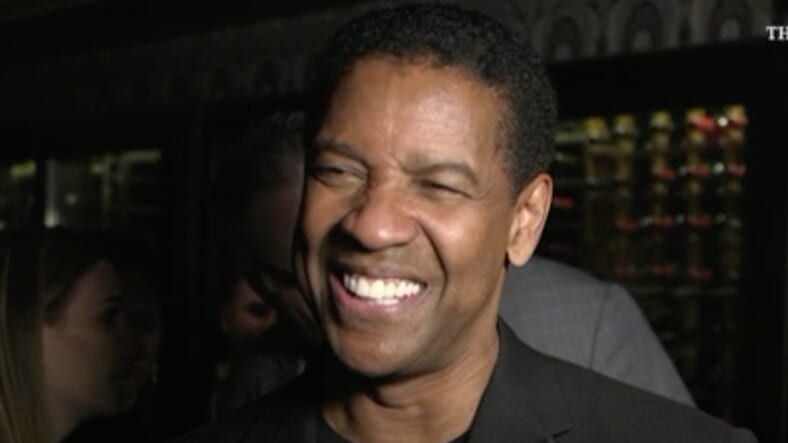 It looks like Cardi B fans are everywhere…even at the top of the Hollywood food chain.

Denzel Washington may not strike you as someone who turns up when they hear the uncanny sound of Cardi B’s rhymes, but it turns out, even he can’t resist her infectious flow.

The Oscar-winning actor did his best to bust out some lines from his favorite song, “Bodak Yellow” from the reality star turned rapper for an unforgettable interview with theRoot.

“What he want. he buy me Yves Saint Laurent. And a new whip,” he recited while being interviewed by The Root during a press run for Broadway’s The Iceman Cometh. “You thought I didn’t know. “I dip, you dip, we dip” he continued.

We got Denzel Washington to rap his favorite @iamcardib song. You're welcome: pic.twitter.com/vJqpCAjLDj

Guess Denzel is in on what’s hot in the streets and has been as captivated as the rest of the world by Cardi B’s rapid rise to the top of the charts.

The 25-year-old rapper who recently revealed she’s expecting her first child with fiancee, Offset, is set to perform at Coachella this weekend, despite her growing bump. She’s also still making the media rounds to promote her debut album, Invasion of Privacy, which dropped last week and is already breaking records and silencing critics who dismissed her as a flash in the pan by serving up a project that pulls its weight.

The usually outspoken beauty is holding her tongue when it comes to the shade she’s been getting from another queen of the rap game–Nicki Minaj.

“The only thing with Cardi that really, really, really, hurt my feelings was the first interview she did after Motorsport came out…I remember when I first came into the game, if a female of that stature had done a feature with me on it – I would only be singing their praises and saying ‘Thank you.’…But the first interview she did after Motorsport came out – it just really hurt me cause she looked so aggravated and angry and the only thing she kept saying was ‘Well I didn’t hear that verse’ – and I was like what? I remember when I first did a song with Trina. Thats why till this day I love Trina. Because she is the first female rapper that acknowledged me behind the scenes and said, ‘You know – I want you to be on my album.’So, till this day you’ve never heard me speak ill of Trina just because of that. It’s very important,” Minaj explained in a recent interview.

“I saw Cardi’s most recent interview when I just came back on Instagram and I saw it and I felt good because it finally felt like she said something genuinely nice about me. But with Motorsport I kinda felt ambushed.”

So far, Cardi B has stayed mum on the subject.