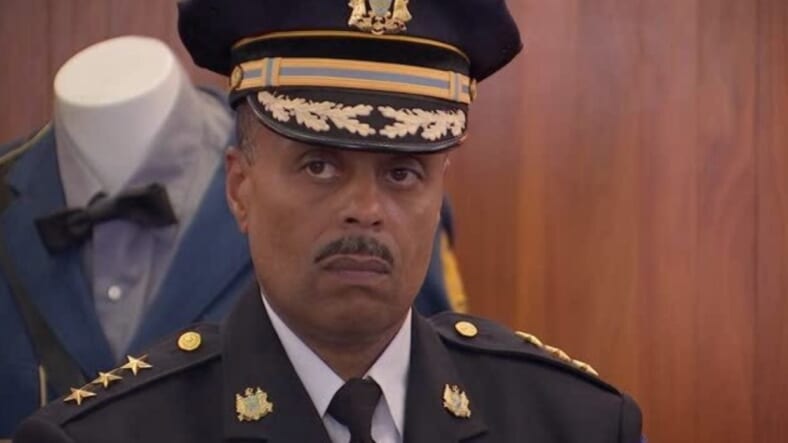 After video surfaced on social media showing Philadelphia police officers arresting two Black men at Starbucks many people were wondering how sitting could lead to arrest.

According to social media accounts the two men were waiting in the Starbucks for a friend when a barista called the cops.

–The Age of Cardi B and Tiffany Haddish: Why it’s time to let go of ‘Respectability Politics’–

Just as the friend of the two men arrived, the men were put in handcuffs and arrested by police.

In the video confused white patrons appear to wonder why this type of thing never happens to them when they are in Starbucks.

The backlash on social media was swift with people calling for the coffee chain to address this incident using the hashtag #boycottstarbucks.

According to ABC6 Philadelphia, a witness reported that the incident began after the men asked to use the bathroom and were told that it was only available for paying customers.

After the men had been “quietly hanging out, chatting and waiting for their friend,” she said officers entered the restaurant and asked the two men to leave, saying that they would be trespassing if they did not leave.

“The two young men politely asked why they were being told to leave and were not given a reason other than the manager wanted them to leave,” she told ABC in an email.

The witness also reportedly said another woman was given the bathroom code without having to buy anything.

Starbucks posted a message on social media in response:

We’re reviewing the incident with our partners, law enforcement and customers to determine what took place and led to this unfortunate result.

But social media quickly called the coffee chain out for an inadequate response.

We apologize to the two individuals and our customers for what took place at our Philadelphia store on Thursday. pic.twitter.com/suUsytXHks

Ross said Starbucks staff called 911 and police arrived around 4:40 p.m. Thursday. According to Ross, Starbucks employees “said two males were trespassing” and “refused to leave.” The men hadn’t ordered food, and had asked to use the restroom. Starbucks policy does “not allow nonpaying people from the public to come in and use the restroom,” Ross said. Police then asked the men to leave, since Starbucks wanted them out.

Ross said the men were told they were trespassing and were “asked to leave politely,” three times. He said the men answered that “we don’t care,” which Ross called the “same type of attitude” Starbucks staff had described. Ross said police on the scene, “in an effort to quell the situation, called for a supervisor” to keep things from getting “out of hand.” He praised that decision.

Ross said the men were then “taken out essentially without incident” and with “no harm done to them.” He said police processed the pair for arrest, but later “discovered Starbucks was no longer interested in prosecuting,” and let them go. In short, “these officers had legal standing to make this arrest. They were called to this scene because these people were trespassing. Officers “followed policy” and acted “professional, and got the opposite back.”

He added: “As an African American male, I am very aware of implicit bias.” Ross said the department is “committed to fair and unbiased policing.” But, he said, people who “think logically” should recognize that when a business calls and says, “There is someone here I do not want,” officers have a right to act.

Ross, who said he doesn’t frequent Starbucks, said “we haven’t determined” if “there are things we can do better.” Recalling a previous occasion on which a police sergeant “was denied access” to a Starbucks restroom, Ross added, “at least they are consistent in their policy.”