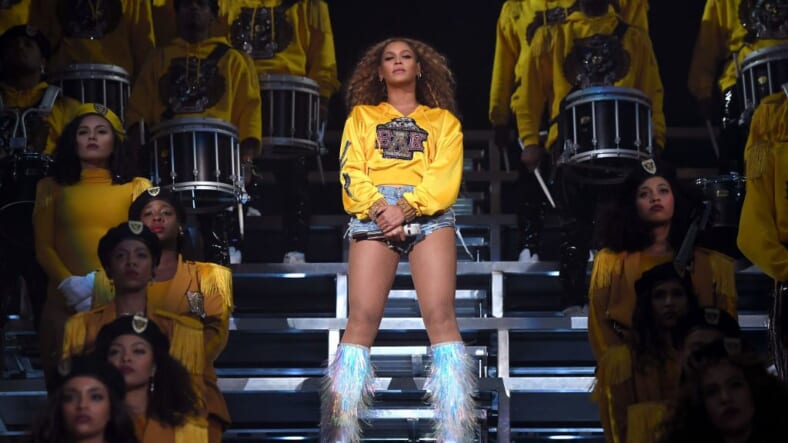 This year, Coachella was gracious enough to step aside and allow Beyoncé to bless us mere mortals with Beychella.

This “human” showered her fans with with nearly two hours of the Blackest, Blackity, Black  musical performance ever put forth for a Coachella crowd. She not put Black sisterhood in the spotlight as  she dropped it low with her sister, Solange and reunited with her Destiny’s Child group-mates, but she honored Blackness as a whole.

To commemorate this hallowed moment for the culture, here are seven of the best and Blackest bits of Beychella:

Beyoncé opened her set looking like an Afro-futuristic royal straight from Wakanda with direct lineage to Nefertiti. Bey sauntered across the stage wielding a staff as she wore an austere head-dress, a bejeweled skin-tight leotard (natch), and a billowing cape befitting a queen.

Oh and of course, a facial expression that said “I know.”

Dripping in symbols of Mother Africa, Beyoncé made sure to bring in the wider African diaspora as well. She entered the stage backed by a band of HBCU alum. The band played a rendition of “Do Whatcha Wanna” by New Orleans-based Rebirth Brass Band. It was a Wakanda/Louisiana/Yard/Egypt kind of entrance.

Speaking of making an entrance, Bey’s dancers, dressed in one-legged leotards featuring Nefertiti’s elegant face, provided a surge of Black life force for everyone in attendance. If you’ve ever been to an HBCU half-time show, you know the kind of athletic, expert-level booty shaking that occurred. They bounced it, shook it, threw it in a circle, and told you to ask ya’ mama about that.

Lift Every Voice and Sing

Beyoncé did not just stick to her own tracks. She had mixes that included nods to Juvenile, C-Murder, and of course hubby, Jay-Z. But not one to stick to the expected, B stunted on everybody by belting out “Lift Every Voice and Sing,” the song commonly referred to as the “Black national anthem.”

Penned by James Weldon Johnson in 1900, most people only know the chorus and first verse, which might be why Bey kept it to that point. She slayed it nonethless and probably introduced a few youngins to a piece of Black history they were not aware of before the show.

Did. You. See. That. Crest? Perfection. The queen, the panther, the fist with a fresh manicure, and of course a bee for her Bey Hive. Beyoncé did not come to play. And yes, we will be at the interest meeting for her sorority. Paper or not, it still counts!

Bey took this HBCU tribute very seriously. Sis made it a moment. Beyoncé and her squad were stepping on that stage like they needed to win prize money to pay tuition in order to  stay in school. Not to many things Blacker than a step show. Although Beyoncé did not attend an HBCU (or college at all for that matter), she tore that stage up like a hungry sophomore. 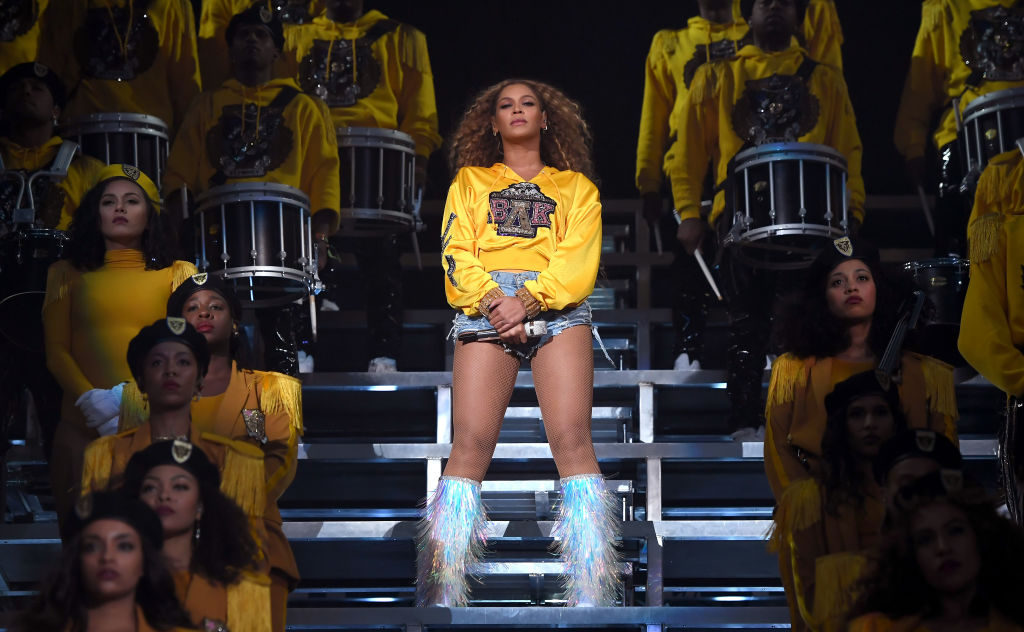 True, but Beyoncé showed the world that Black women are goddesses.