The changes are upon us. 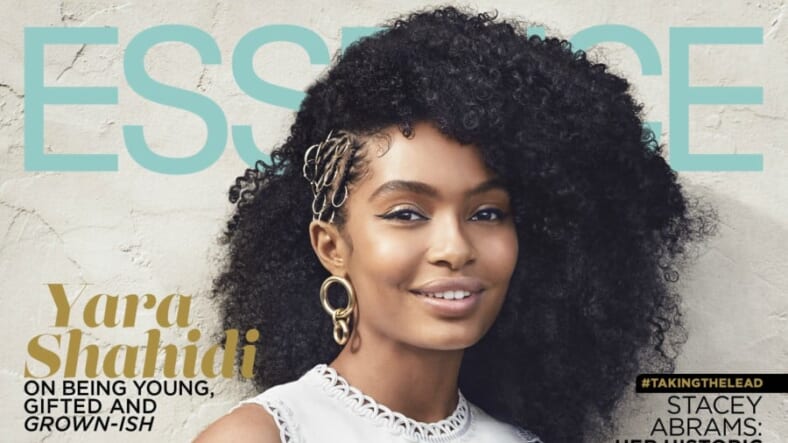 It’s the motto, tagline, credo and daily mantra that ESSENCE magazine has used ever since the magazine first premiered in 1970. Nearly 50 years later, it is still one of the most trusted authorities on all things concerning Black women and their experiences in the world.

Earlier this year, ESSENCE announced that the company’s assets were being sold to Richelieu Dennis, founder of Sundial Brands, a large personal-care products company, which produces the Shea Moisture line amongst others. Dennis buying the media brand now means it is once again Black owned after the company was under Time Inc. leadership for nearly two decades.

New leadership generally requires evolution, and ESSENCE is no different. In a memo to staff today, it was announced that significant changes have been made to the magazine and website’s editorial team.

ESSENCE Editor-in-Chief Vanessa De Luca and Editorial Projects Director Patrik Henry Bass will be leaving the company, and there is no plan to replace either of them moving forward. Both De Luca and Bass have been with the magazine collectively for more than 30 years.

In the interim, Digital Content Director, Yolanda Sangweni and Executive Editor, Jacklyn Monk, will oversee content and operations across all platforms—including digital, social, video, live experiences and the magazine.

De Luca, who has been Editor-in-Chief for the last five years, started her career at ESSENCE as the magazine’s Beauty and Fashion Featuresw Editor and has gone on to serve in a multitude of roles since. Bass joined the staff as Books Editor and has been an intergral part of the planning team for the ESSENCE Festival’s Empowerment Experience as well as ESSENCE branded book publications.

Essence Communications President, Michelle Ebanks, released this statement to theGrio explaining where the company is headed:

“As we forge our new path as an independent company, ESSENCE remains committed to its authentic vision — highlighting the beauty, power and magic of Black women. We are also committed to continually evaluating how we need to transform and evolve to best serve the interests of Black women around the world in a more elevated and comprehensive way. This includes addressing the needs that align with our future as a fully-integrated, cross-platform content company that reflects the diverse range of who she is, where she is, and how she lives. To ensure that we have the infrastructure necessary to support this path forward, we are realigning our editorial team structure to include more content integration and audience development across all platforms, including digital, social, video, live experiences and the magazine.”

ESSENCE currently reaches over 16 million people via social media, print, digital engagement and live events, according to a spokeswoman for ESSENCE Ventures.