Should he be allowed to wear a durag at school? 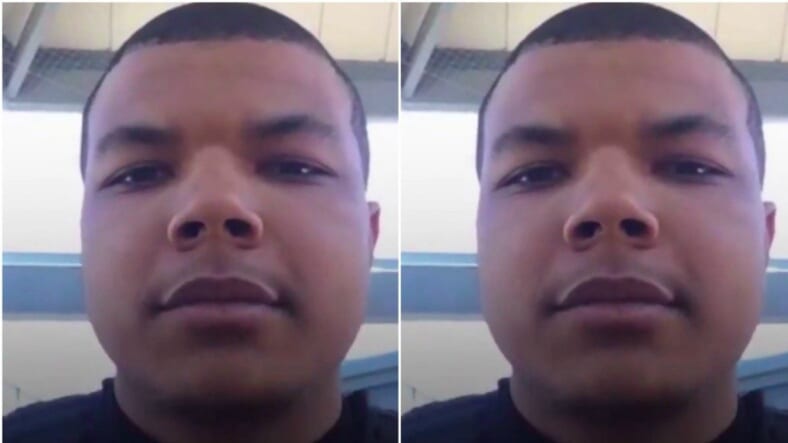 On April 11, Black high school senior Lawrence Charles was was escorted off campus and the next day given an in-school suspension for refusing to remove his durag.

His school-McClintock High School in Tempe, AZ- has a policy against students wearing durags. Charles says the African American vice principal told him that durags are not allowed because she wants to create a college-ready environment.

Charles deems that explanation to be racist and he doesn’t feel he should have to take off his accessory.

—Money, Power, Disrespect: Will men arrested at Starbucks get money, stock or a franchise?—

“I wear it for a certain reason. It was too early for me to take it off,” explained Charles.
“The so-called rule that it’s gang-affiliated? That needs to be changed. I just don’t like taking showers at night. So I do it in the morning and therefore, I have to wear my durag to keep my hair laid down, so that my waves stay nice. Because I like the way my hair looks.”

This high school student says he was suspended for not taking off his do-rag. pic.twitter.com/npCPAqTi26

AJ+ spoke with diversity consultant Dr. David E. Jones to get his take on the situation. “The problem in our society is that durags place negative labels and stereotypes predominately on the Black community and Black male community,” he noted.

“There’s a lot more that can be said about the intelligence of an individual, the ability for an individual to succeed academically, pursue leadership opportunities, and prepare for career advancement on a college campus with or without a durag,” continued Jones.

While Jones supports Charles’ stance, many on social media did not hold the same view. There was a smattering of supportive responses to Charles’ durag, but many of the Twitter users who weighed in on the issue thought wearing a durag to school was a big no-no.

No one is supporting in this BS. People are having real issues hand he is ranting about being suspended for wearing a du-rag. Everyone knows you can’t wear a du-rag at school and shouldn’t. pic.twitter.com/qy9rgxtOzq

This is like wearing a bonnet to school. Just no.

Its like wearing a Head scarf. If you saw a black women wearing a head scarf you would complement it not think “thats unnecessary”. Support needs to go both ways. pic.twitter.com/aJkuOFaURn

“I’m college ready”
Apparently you’re not cause you’re bitching about a du-rag. Just take the damn thing off. You gotta mature when you grow up. You’re job is most likely gonna have a dress code. Suck it up.

McClintock High School told AJ+ that they have a dress code and they expect respectful communication with the staff. The school also said they are willing to meet with student leaders to discuss the dress code.

“I hope the administration sees that what they’re doing is wrong and that people are actually taking notice, ” said Charles.

Lawrence Charles says he will be attending community college next school year.

—VIDEO: Philadelphia police chief apologizes for Starbucks arrest: “I failed in a variety of ways”—